Losing is a part of life, almost exclusively for us Browns fans. But as it turns out, things do eventually get better 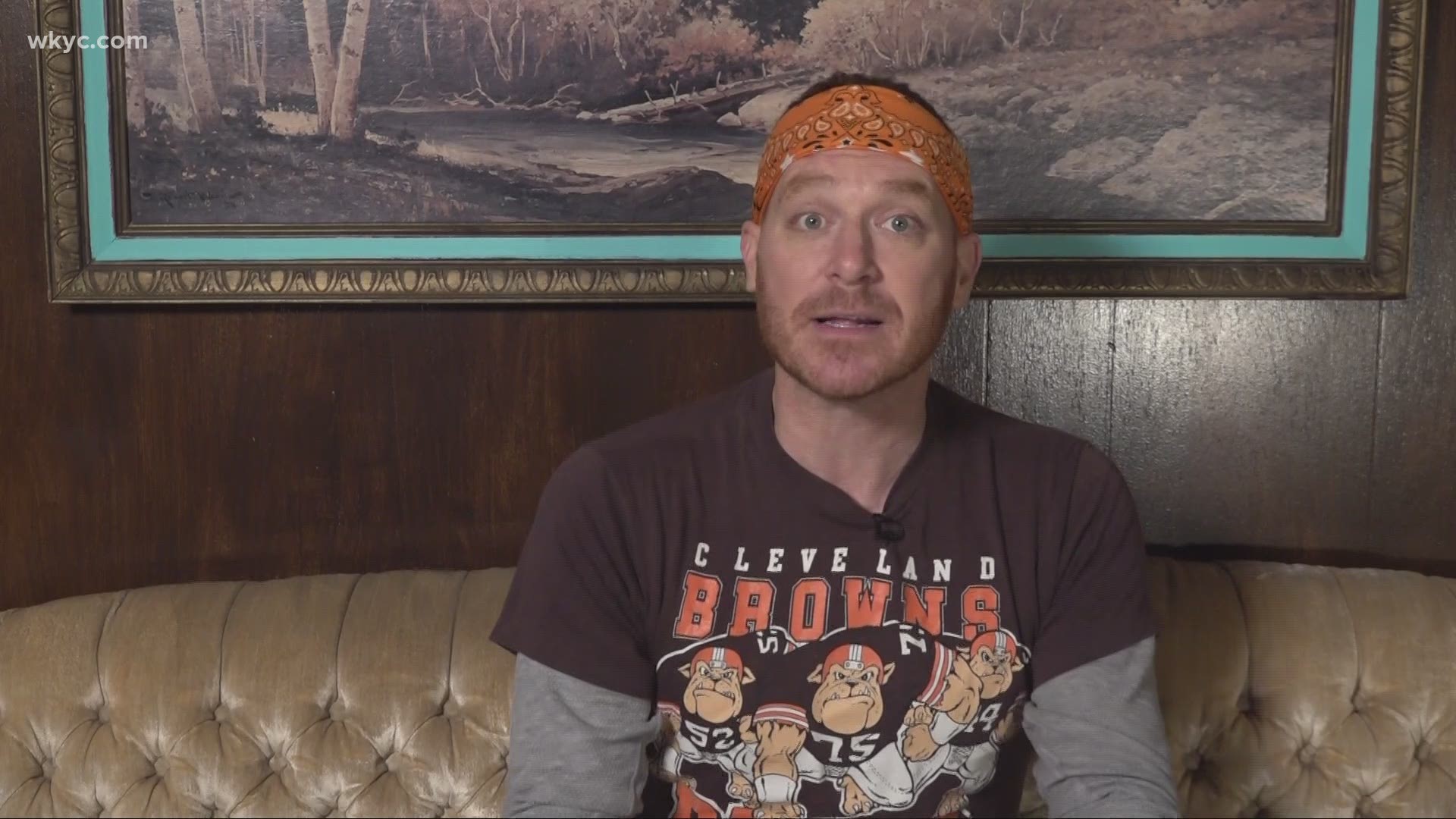 CLEVELAND — Welcome to the first Browns Playoff Victory Monday that we Cleveland fans can actually celebrate with each other online without having to go into an AOL chatroom.

Now, we’re obviously all still processing this and to be honest, I’m not entirely convinced that I’m not currently still very asleep, perhaps due to a slow gas leak in my home, and that this isn’t all just an elaborate dream of my own oxygen-deprived brain.

And if that is the case and there are currently EMS workers trying to revive me, “Please stop, give me another 5 minutes!”

I’m kidding, of course. I prefer to keep living, perhaps now more than ever!

I KNOW that this is real, no matter how fantastical it might all seem.

And the reality is that my long-dormant Browns just beat the Steelers in their own house, and are currently marching though the playoffs! So now it’s onto our next opponent which is.…Oh dear God…that’s not great…but who cares? Why worry about the future when we can celebrate the immediate past?

But to be honest, I’m a little out of practice at celebrating meaningful Browns post-season wins, since the last time it happened I was still in The Boy Scouts, so I’m really not certain how we’re supposed to be acting right now. Am I doing it right? I’m not sure! But I welcome this uncertainty.

And in a fascinating role-reversal, the Steelers team and fanbase seem just as bewildered about how to react to THEIR new role as “The Defeated”.

If you go online you can actually see that they’re currently working their way through the famed Kubler-Ross “5 Stages Of Grief”.

For example, JuJuSmith Schuster is apparently in the “Denial” stage, after having unloaded some fairly harsh smack-talk on the Browns prior the game, that many speculate was a big motivating factor behind the unexpected win.

Despite this, in the postgame, rather than acknowledging the mistake, Schuster said “'I don't regret saying what I said” about the Browns.

Okay JuJu. Maybe you don’t. I know I for one am certainly glad that you chose to express yourself that way. But even if you’re cool with it I’ll bet your teammates might wish you wouldn’t have poked the bear like that, otherwise they might not be experiencing the “Depression” stage of grieving, seen here making its way through the roster. Oh and hey, who’s that? Someone grabbed a picture of you sitting there, probably thinking about how much you don’t regret saying what you said about The Browns.

For the most part The Steeler’s fan-base seems pretty locked into the “Anger” stage of grief, with some handling it worse than others - like the video of that Steelers fan smashing his TV with a ladder.

Ironically, that tantrum will likely transition this sturdy fan directly into the “Bargaining” stage, when he takes that TV back to Best Buy and tries to convince them that it came out of the box like that, and that they should give him his money back. Best of luck buddy.

Look, I know I’m in no position to throw stones or judge fans for how they choose to react to difficult losses. I got so mad at my team once that I went downtown and yelled at an empty building for about an hour.

Losing stinks. And in a way, it’s gotta be even harder for Pittsburgh fans than us because they’re not USED to losing, so this is all new to them.

Say what you will about The Browns since '99 but you can’t say that haven’t prepared us for life’s minor disappointments. But I promise, it does get easier.

That’s why many of us arrived at this final stage of grief, “acceptance” a long time ago.

Losing is a part of life, almost exclusively for us for quite some time. But as it turns out, things do eventually get better.

Hopefully, through time, practice and repetition of losing many games to us, The Steelers and their fans will manage to reach this same plane of enlightenment in the grief process that we have.

And of course, one big win like this over Pittsburgh doesn’t negate our abysmal showing against them for the past 20 years, but ya gotta admit it’s a hell of a start.

And I’m a realist. I know very well that we’re not going to beat Pittsburgh every time we play them moving forward. But that’s never what we expected. We just wanted our biggest rivalry to actually be competitive again, and not just a way for Pittsburgh to pad their regular season record with two easy wins each year.

And don’t look now, but I think we might-just have ourselves the makings of a good old fashioned rivalry again. Whether some people are ready for that or not.

So, go Browns, keep rolling. And enjoy the ride folks.

More from Mike Polk Jr. on the Browns