Executive producer Rocque Trem, who lives in Aurora, signed on to the project after falling in love with the show's trailer 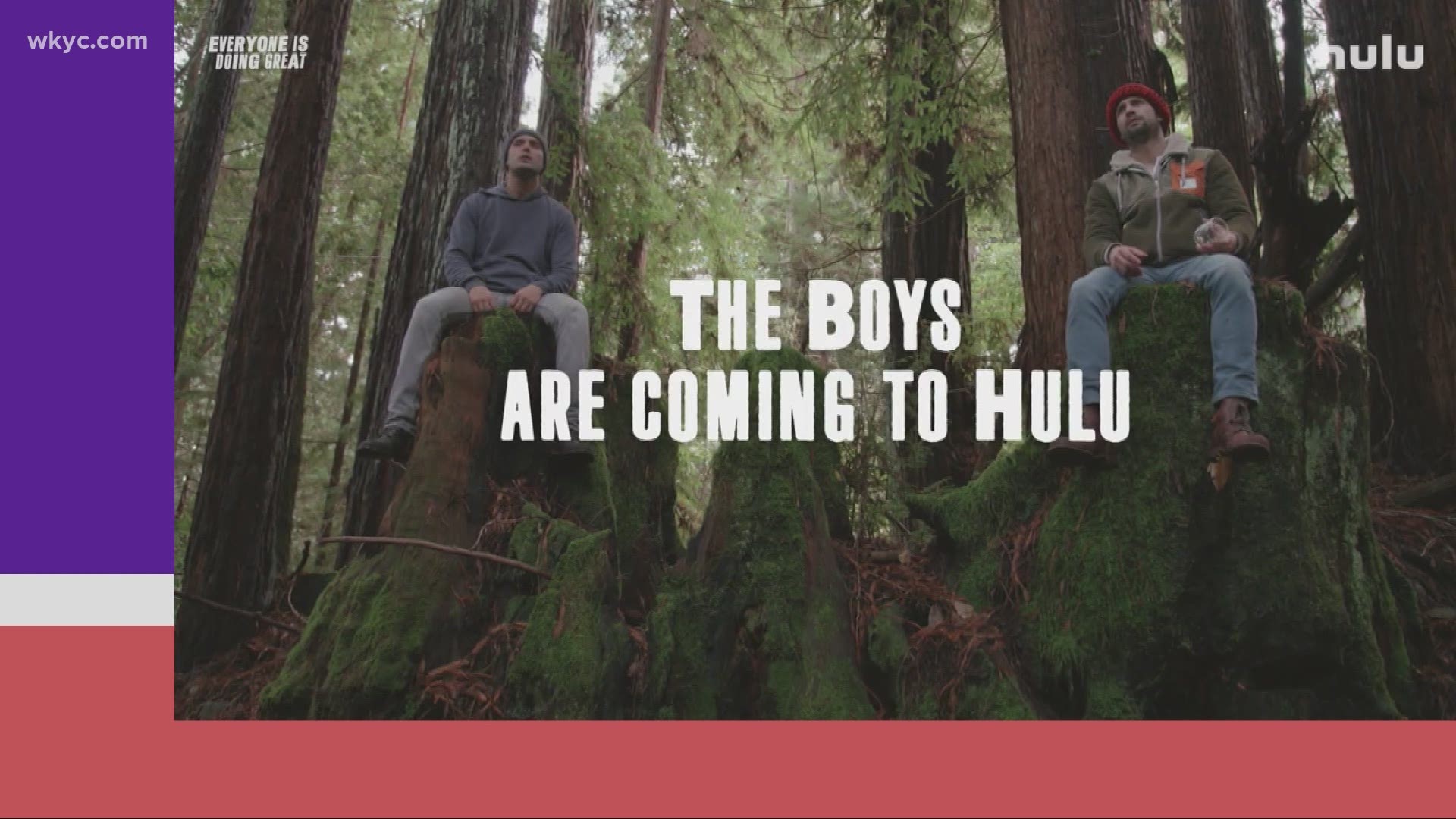 CLEVELAND — A Cleveland native is responsible for one of the latest new comedies to drop on Hulu, executive producing the crowdfunded project with creators and former One Tree Hill stars James Lafferty and Stephen Colletti.

Executive producer Rocque Trem, who lives in Aurora, and his fellow executive producer and director of photography Johnny Derango are sharing the story of how Everyone Is Doing Great came to premiere on Hulu on January 13.

The eight-episode series which tells the story of life after fame for two actors, played by Lafferty and Colletti, was largely crowdfunded through IndieGogo by dedicated fans of the stars.

"These guys have a gigantic fan base," Trem told 3News. "[Their fans] donated their money based on wanting to get this show made. They did get a bunch of perks as part of it, and now, between that and some other financing we got this thing made independently."

The project was a long time coming, especially for Derango, who has been involved since the show's creation and filming of the pilot at the end of 2017.

"We shot the subsequent seven episodes at the end of 2018," Derango, who is based in Los Angeles, said. "So it's been done for a little while. We took 2019 to get all of the episodes cut and ready. And then we spent most of 2020 shopping it."

After landing with well-respected talent agency Endeavor Content, the project finally found its home on Hulu, and after a year-long process, the show is now available to watch on on the streaming service.

"Distribution through Hulu was always our dream scenario, and we couldn't be more grateful for the show's opportunity to reach their audience," said Lafferty and Colletti in a statement.

"A massive thank you to all the supporters of EDG that helped us climb the crowdfunding mountain, and to the incredibly talented, hard-working cast, crew, producers, family and friends that have gotten us through the various stages of this journey. We feel the road taken to get here is emblematic of the story EDG tells, one that's rooted in love, friendship and finding humor in the struggle to figure it all out."

Lafferty directed seven of the eight episodes and Colletti directed the outstanding one.

Ian and Eshom Nelms, and Michelle Lang join Trem and Derungo as executive producers. Park and Stuart Lafferty are co-producers on the series.