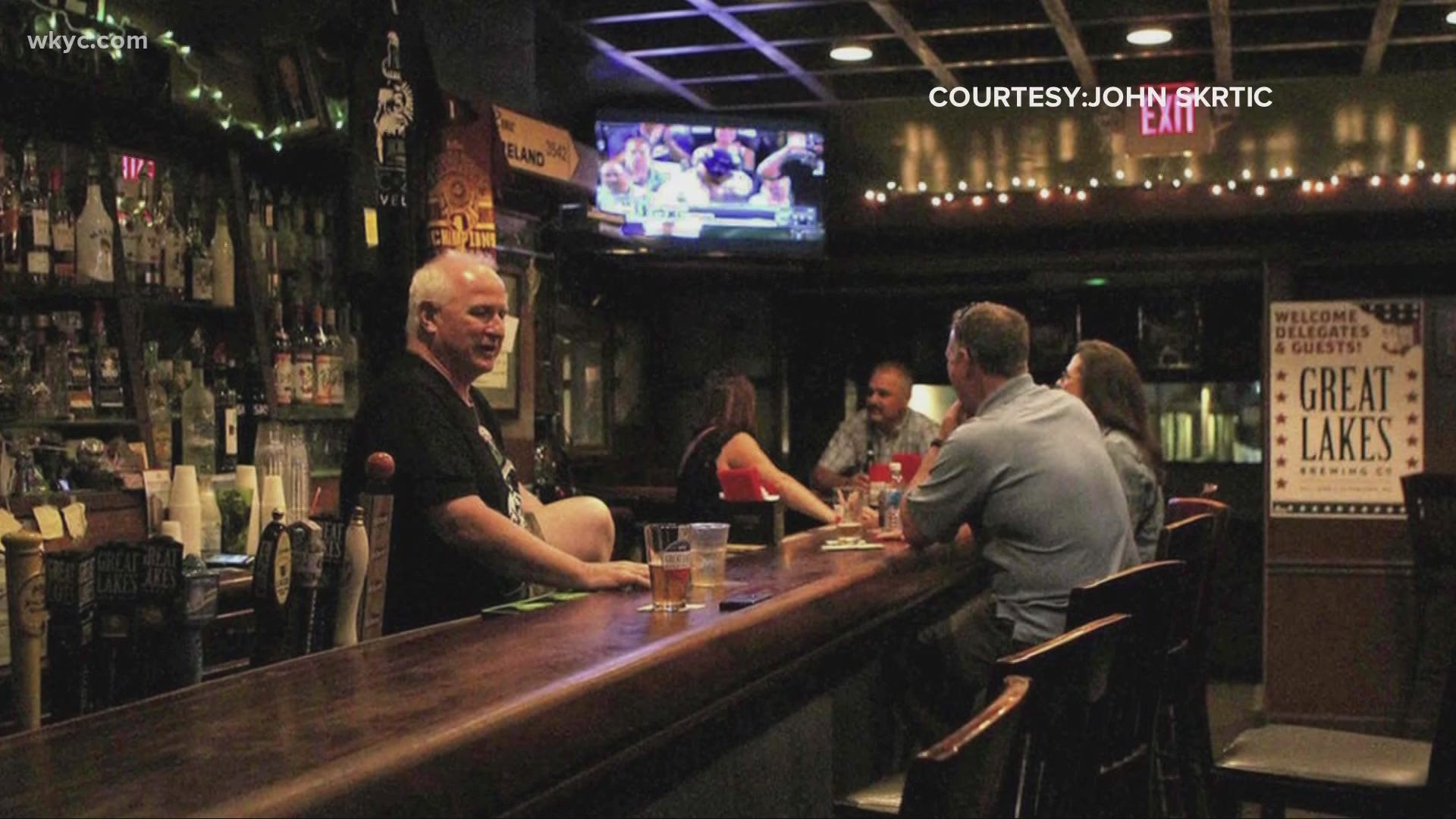 "This place is historic as most Clevelanders know... [so we're] gonna have an Irish wake for this grand lady," Cavanaugh said in a recent interview.

If you’ve never been to an Irish wake, it might seem like an odd way to mourn…But the funerals on the Irish side of my family are usually a better time than the weddings on the German side, so there are worse ways to say goodbye. But, unfortunately, if you’re having an Irish Wake that means you’ve recently experienced a loss…and we sure have, Cleveland.

RELATED: Thousands without power throughout Northeast Ohio amid winter storm

"[After] 87 years as Moriarty's, and 13 years as a speakeasy, this building sold and the new owners it's their building I understand it there when all the tenants out including me," Cavanaugh said.

Moriarty’s is a dark, tiny, genuine bar with a good jukebox and character to spare, and it’s been holding it down on East 6th for the past hundred years.

"The building was done in 1920 and the speakeasy started and the man who worked to spread the speakeasy, John Moriarty got the pub-going when prohibition ended," Cavanaugh said. "What a bad law that was."

As Cleveland changed dramatically over time, Moriarty’s stood through it all, remaining stubbornly the same.

"We survived the economic downturn, this bar survived the Great Depression, it survived all the World Wars, everything else, it's been here."

But after the sale of The Baker Building, tenants were told they’d have to leave by the end of the year, it will mark the end of an era.

"This place is the only bar downtown that was here in '48 when the Indians won and then '64 when the Browns won their last of many championships and let's not forget 2016 with the Cavaliers. We're in the thick of it, we're the only bar from all those days," Cavanaugh said.

Cavanaugh’s hope is to keep Moriarty’s alive, the name and spirit at least, by relocating it to a new spot.

But like so many small business owners the Pandemic has him in a financial bind, so he’s launched a GoFundMe page to try to get help with storage and moving costs.

"I'm talking to a few places about relocating downtown. I would love to stay in the neighborhood. [If] any landlords out there want me at a decent fair price, come talk to me here we'll have a pint, you know, we'll have a few pints," Cavanaugh said.

RELATED: CircleFest teams up with WKYC Studios for 'Home for the Holidays'

So if you happen to know someone in the market for a reliable tenant with a hundred years worth of references, you could do worse than Moriarity’s and Mr. Cavanaugh.

"I want Moriarty's to live on and I can pass the torch onto somebody else. If you've ever been to my place you know this bar has a spirit of its own and and and you feel good. Either you get it or you don't and that's what's so special about this place."

That’s a nice eulogy for a piece of Cleveland history that’s lived a very long life, but is still leaving us too soon.

RELATED: 3News viewers show off their holiday decorations: How you can send us your pictures