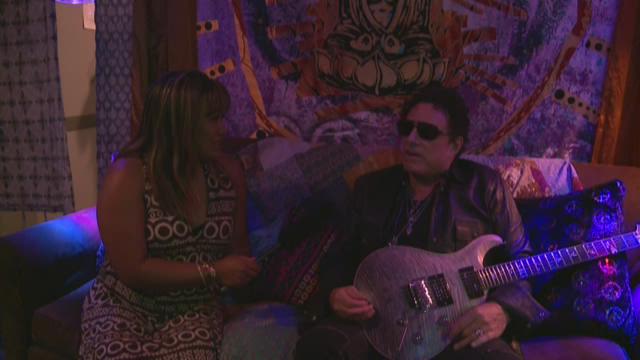 GRAND RAPIDS (WZZM)- The Van Andel Arena continues to celebrate its 20th anniversary by bringing in some big-name acts.

It was a sold out show last night when the band Journey was in town.

ON PLAYING IN WEST MICHIGAN: We play everywhere. Next year we're going to play a lot more the secondaries, so we're considering this a main market.

ON "DON'T STOP BELIEVIN'": South Detroit, which there is none….but it sounded cooler than North Detroit. You know, it's funny when Jon brought that song and that keyboard part and he had, "Don't stop believin'" lyric that his Dad gave him when he was pursuing his career and not yet in the band. So we remembered it and we started kicking it around one day in my rehearsal studio in Oakland that we took over from Larry Graham years ago and the three of us kind of knocked it out. I heard it when we first did it years ago and I thought, "Wow, that song is going to be really big." and when the album came out, it wasn't the biggest song off the record and so it took many years later for people to catch up. But at least I was right.

ON WHAT'S NEXT: I've been working on a few things. I really can't talk about it. I'm working on a lot of stuff and working on a record deal with someone very cool. All I can tell you is that we went and met him the other day and liked him a lot. It's hard to find someone who is musical and runs a real record label. You don't find it.