Cindi Luten initially told her father he would likely only be separated from his wife for about a week. But one week has inched into three months and counting. 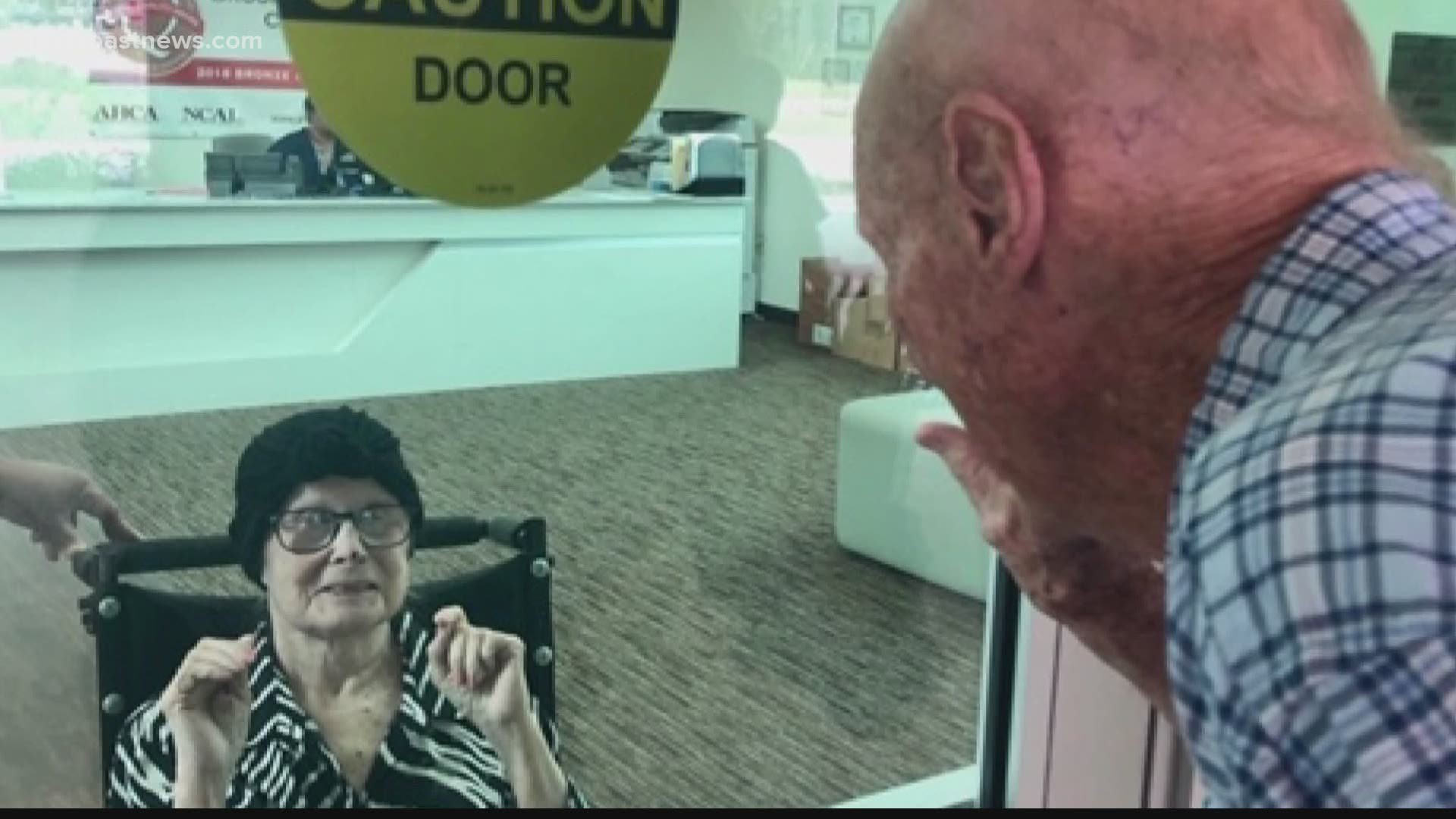 Through a glass window, Colonel Dean Biggerstaff stares at his once blushing bride who sits on the other side in a wheelchair, draped in a red blanket uncertain of the figure that stands before her.

Two years ago, Inez Biggerstaff suffered a brain injury. She now has trouble seeing and hearing but prior to the pandemic she was able to feel the loving touch of her husband who visited her Jacksonville nursing home multiple times a day.

Their daughter Cindi Luten is a registered nurse who understands the importance of the restrictions put in place to protect nursing home patients amid the coronavirus pandemic. But she says at some point, the mental health, personal choices and feelings of people like her parents who have been apart since mid-March must be taken into consideration.

"Dad said well why won't they let me see your mom?” Luten said. “He goes I don't think she understands what's going on. I said dad they're worried about the virus. And he said well I'd rather just get the virus so I can see your mom one more time.”

Luten explains her father who served in the United States Airforce for 33 years is struggling to hold on to the memories of his many experiences. He has dementia and after being separated since March, Luten says she’s noticed her parents health is failing.

She's reached out Mayor Lenny Curry’s office and sent a letter to Governor Ron DeSantis pleading for an exception to be made, desperate for the couple to be reunited before it’s too late.

“My sister and I are struggling because we've never been away from my mom and we're also seeing what's happening to my father,” Luten said. “We're losing him a little more every day and I'm afraid this restriction is going to stay intact. Something Is going to happen to one or both of them. Or when they do finally let my dad see my mom he won't remember who she is.”

First Coast News reached out to Governor DeSantis' office about Luten’s letter and they have since been in touch with her.

She received a phone call from her mother’s nursing home Tuesday saying they'll now allow the couple to see each other under a tent in the parking lot standing apart but face to face in open air.

Their reunion is set to happen Friday morning.