The comedy about a dysfunctional workplace family enters its fifth season 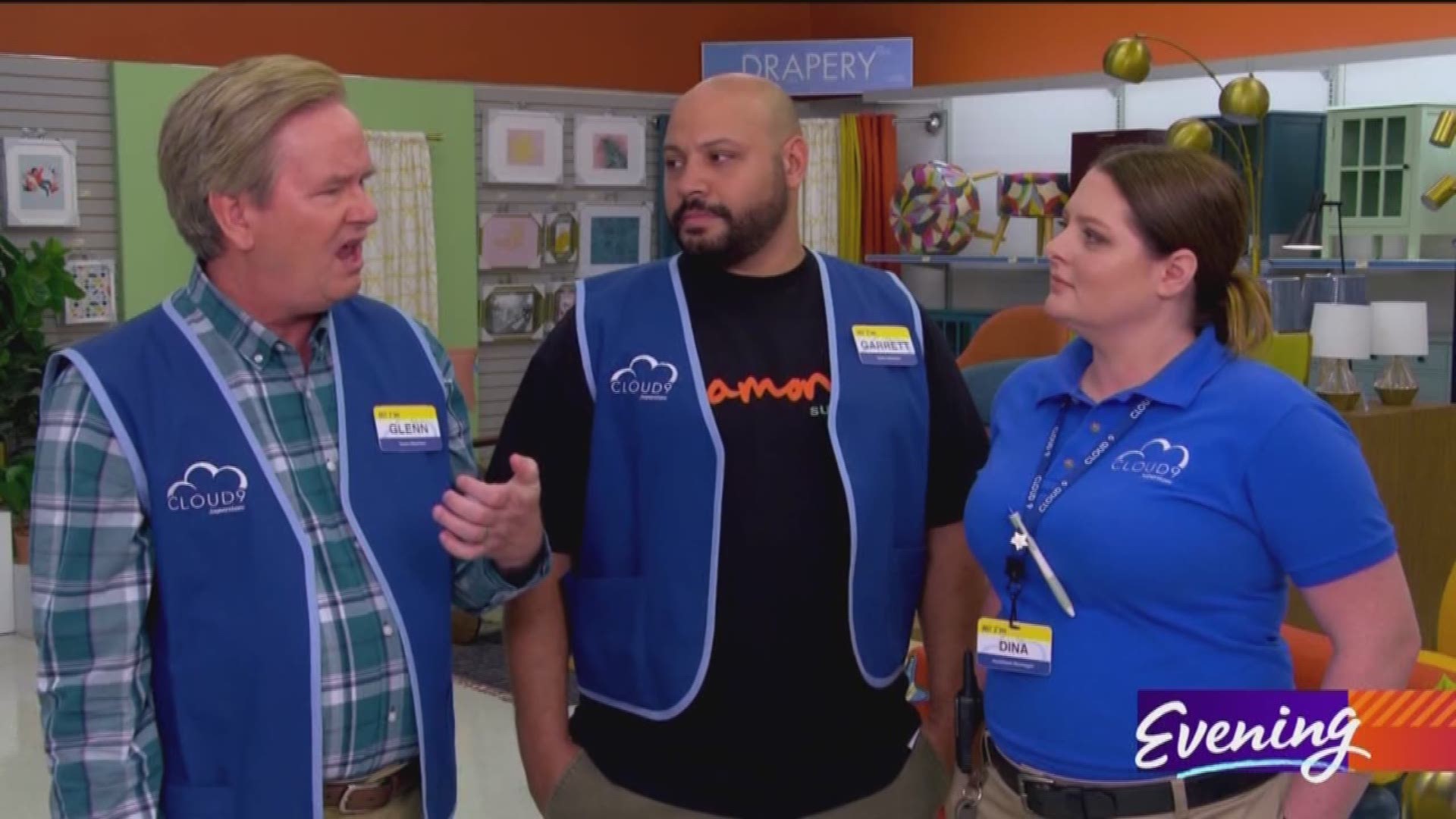 SEATTLE — After playing four full seasons as a dysfunctional workplace family, the cast of Superstore has grown close in real life, too.

Star Ben Feldman says, "It's, like, the best time of the day.  I mean, I'd much rather be here than spend time at home with my family."

Ash says, "I've been getting a lot of huggers lately. I was just in Las Vegas for the weekend and I got a lot of ladies just throwing their arms around me, giving me hugs."

Co-star Mark McKinney, on the other hand, rolls low-key when he's not in character as former store manager, Glenn.

"I don't get recognized that much because my hair is usually high when I'm out in public," McKinney says. "But I did get recognized in a store the other day. I was looking at my Insta on my phone and someone said, 'Are you taking a picture of me?' And I said, 'No, I'm just checking my Insta.'  And they said, 'Glenn!'"

The show's set has more individual props than any other network program, which can spark temptation.

Kaliko Kauahi, who plays store employee Sandra, says if she had to steal one object from the set it would be a big one.

Last season ended on a darker note, centered around one character's deportation.  A bold choice for a comedy that puts laughter and real-life side by side.

"You have to earn it with your characters and your stories," says McKinney. "A comedy show can go dark, but you have to seed it and earn it. Thank you and good night."

And with that, he walks away.