Marvin Blue III graduated from Start back in 2011 and now gives back to them by cheering as loud and proud as he can at every football game. 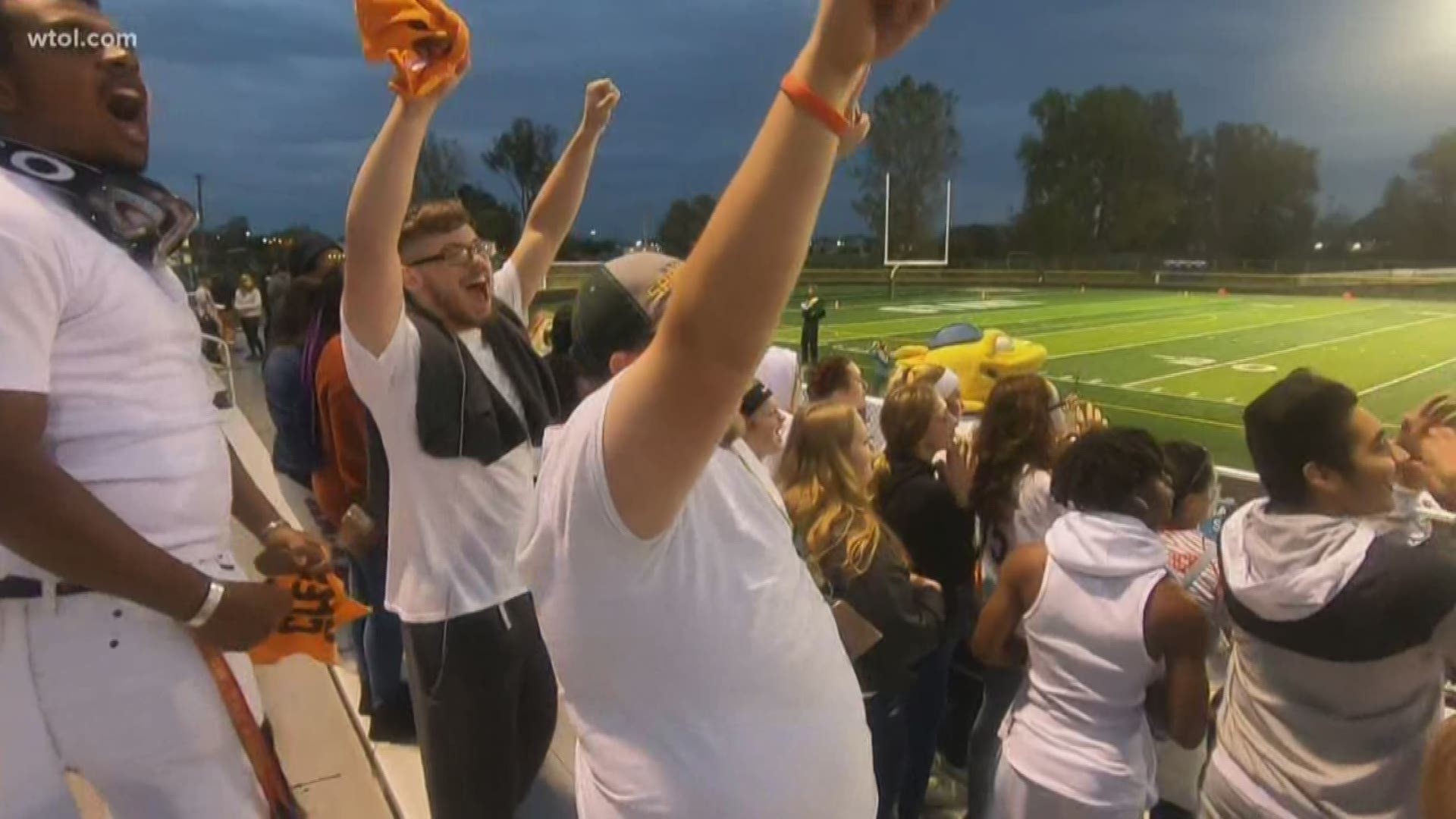 TOLEDO, Ohio — On Friday nights the stands at every high school game are full of fans, some more dedicated than others. But at Start High School none are more devoted to their team than Marvin Blue the third.

He's a 2011 graduate and still their biggest fan, showing up loud and proud at every game. He says cheering for the Spartans is how he repays his alma mater for all they've given him.

"This is my way of giving back to a school that's helped me through the bad times and mostly through the good times," said Marvin Blue III, a Start graduate and their biggest fan.

While Marvin loves Start, he admits high school wasn't always perfect. He has autism and says he was bullied as a student.

"They may have bullied me, but they haven't stopped me from coming back here and giving my all every single football game and every single basketball game."

Marvin says he pushed through those hard times thanks to help of certain kind Spartans. They taught him how to be tough.

"Without them and without my friends and without the teachers and without the counselors I wouldn't be the man that I am today,” said Blue. “I mean I am autistic. I have Asperger's, but that doesn't stop me from showing off my school spirit week in and week out at these games."

Sure enough, every home game Marvin waits at the gate more than an hour before kickoff to be the first to enter. He has a ritual. He walks the stadium to greet everyone, sings the national anthem, and begins cheering as soon as the game begins. Beyond his cheering Marvin is known by other Spartan fans for his dance moves that break out when their team has a big play.

"Everybody says I have the best dance moves and as you can tell I got pretty good dance moves for a guy that's big in stature,” explained Marvin Blue III.

Everyone at the game knows Marvin and say friday nights wouldn't be the same without him. He’s teaching them the true Spartan Spirit.