There is one wind project, a hydro and a biomass expansion. 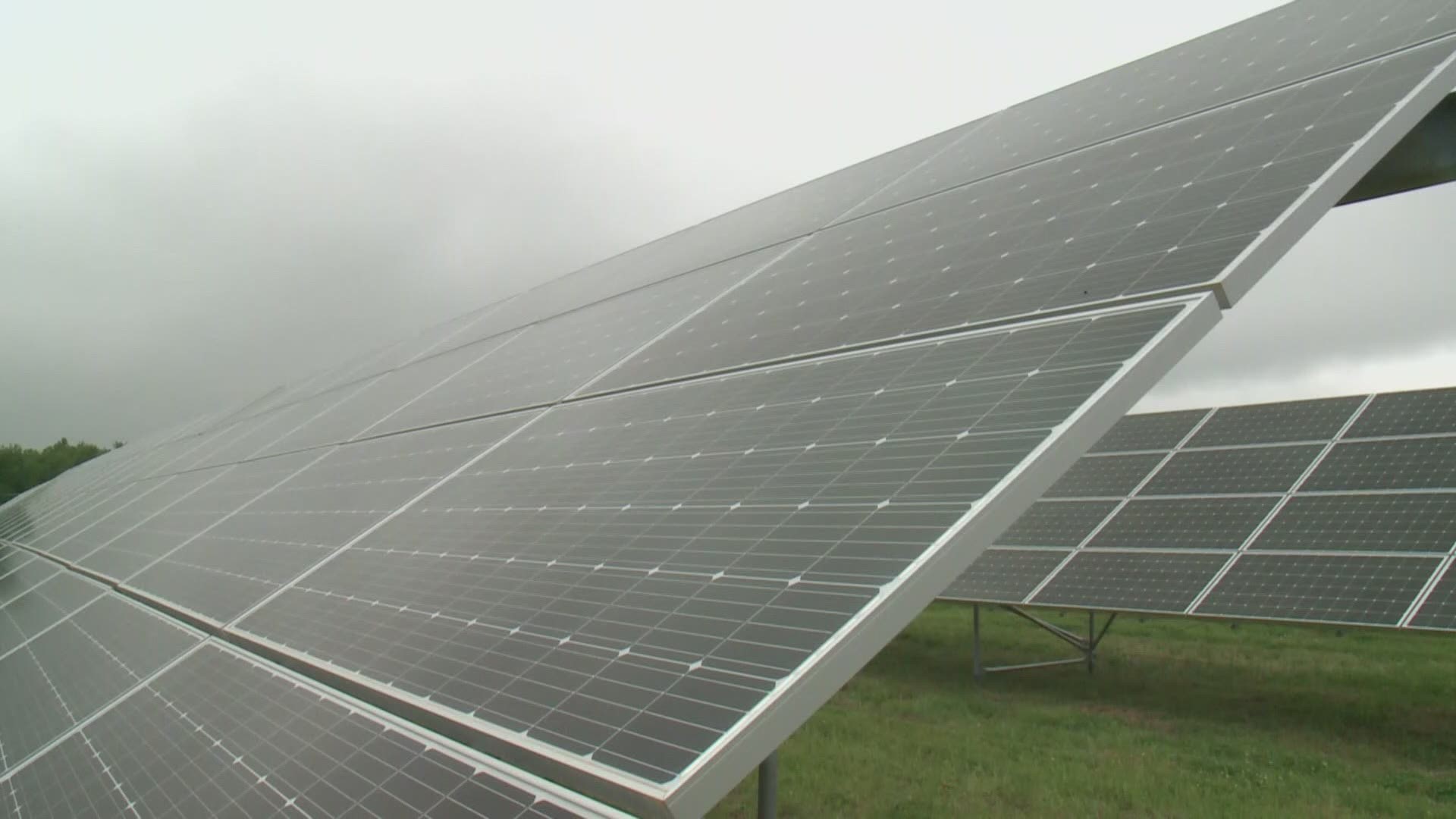 TOPSHAM, Maine — In the woods a distance off busy Route 196 in Topsham, not far from a big CMP transmission line, a Massachusetts company called Glenvale hopes to build an 18-megawatt solar energy project. It's one of three projects from the energy developer that won approval Tuesday from the Maine Public Utilities Commission—which gave the green light to a total of 17 renewable energy projects.

There is one wind project, a hydro and a biomass expansion. But most of the projects are large scale solar developments, aimed at providing hundreds of megawatts to Maine’s electric grid.

PUC Chairman Phil Bartlett said the renewable expansion is a big deal for Maine. The Legislature and Gov. Mills have set a goal of generating 80 percent of Maine’s electricity from renewable sources by 2030.

“It demonstrates how much renewable energy potential there is out there in Maine,” said Bartlett. “We had over 70 bidders, running proposals through us so this is a lot of renewable energy development that could still happen in the years ahead.”

Glenvale won three bids, with projects in Baldwin and Buxton, as well as Topsham. Aidan Foley, the founder of the Massachusetts company, said Maine’s new solar law, passed in 2019, makes the state more attractive for renewable energy investments. He said Maine is a good location for solar electricity, and that the new technology they plan to use will help maximize the amount generated.

Foley said the projects will not be built immediately because there are still a lot of details to be addressed before construction can start. While the PUC approved a price for electricity for each project, the developers still need to negotiate final contracts with the utilities that will buy the power, called Power Purchase Agreements. Foley said they also need to obtain required local and state permits, finalize property leases or purchase and financing.

Meanwhile, in Topsham, the town is finding itself a magnet for solar projects. Assistant town planner Andrew Deci said they passed a new solar ordinance earlier in the year to encourage such projects. As a result, they not only have Glenvale planning an 18 MW project, but two other companies have plans to build 5 MW solar arrays in other parts of the town. Those will all generate temporary jobs and income during construction, and some will generate property tax revenue each year.

“I’m pleasantly surprised,” said Deci, who helped lead the creation of the new solar ordinance. “I think we knew there was an opportunity here, but didn’t know how actively it would be a pursued.”

There could be more to come. PUC Chair Phil Bartlett said the agency will seek another round of renewable energy bids next year.