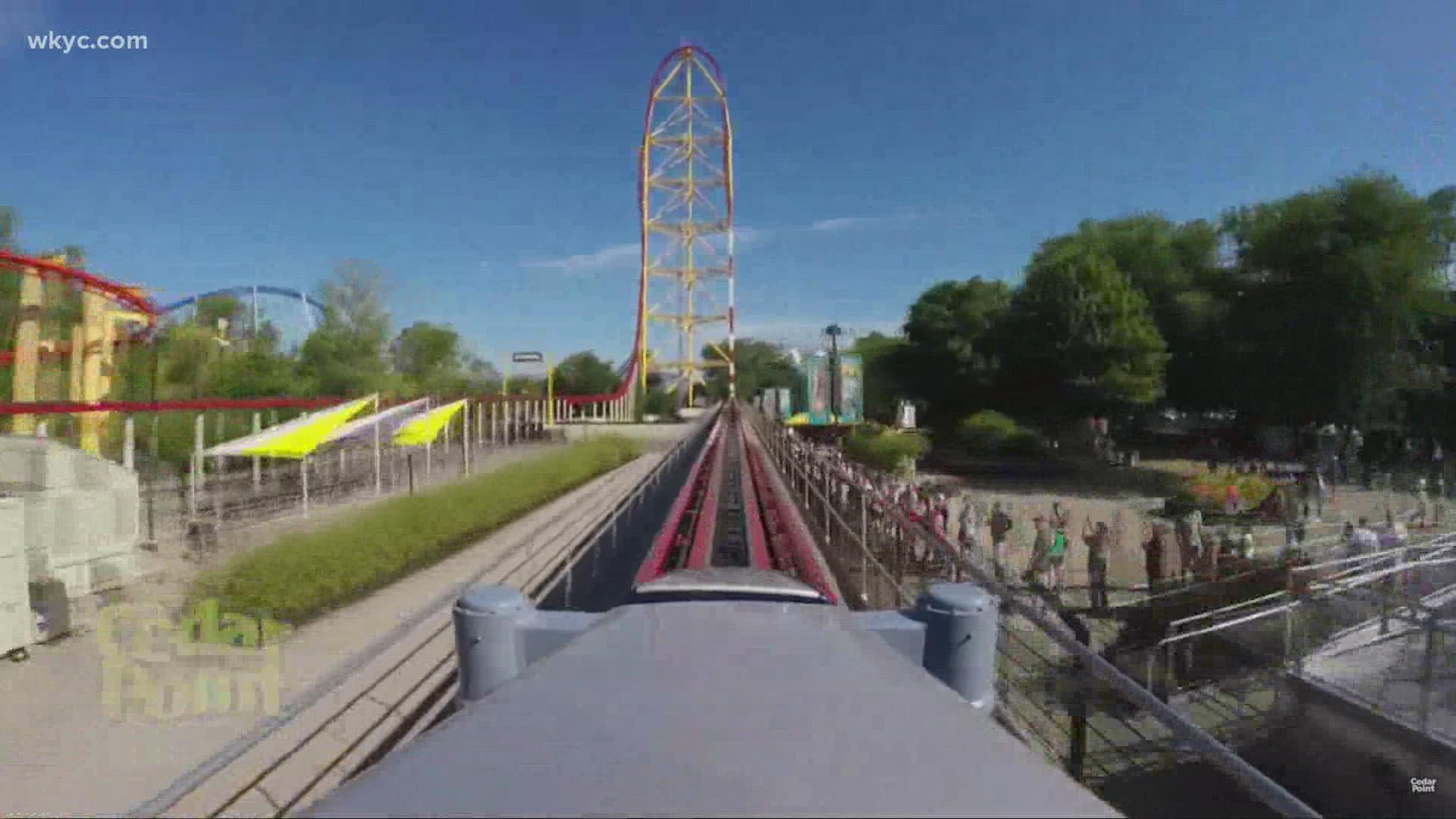 SANDUSKY, Ohio — There are renewed calls to permanently shut down Cedar Point's Top Thrill Dragster, after a woman was injured earlier this month when a metal bracket came off the coaster and hit her in the head as she waited in line.

Rachel Hawes, 44, of Swartz Creek, Mich., is still in the hospital with critical head injuries, according to her family on Tuesday.

"It was kind of, anger," said Whitney James, of Canton, reacting to the news of another injury on the coaster.

James says she remembers it like it was yesterday: In July 2004, she and her friend rode the Top Thrill Dragster -- one year after it debuted as the world's tallest and fastest rollercoaster at a towering 420-feet high and a top speed of 120 mph.

The pair was among four people injured when they were struck by pieces of metal that sheered off the coaster's cable mid-way through the ride.

James said the riders were pelted with metal shards, melted rubber and hot grease. Her injuries included some burns, however, "at the end of the ride, I turn around and see blood dripping from my friend's arms," she recalled. "It looked like a piece of a paper clip had almost pierced the cartilage in his ear."

A park spokesperson at the time said all four were treated at the amusement park's first aid station and released. Two later sought additional treatment on their own at a hospital.

In 2016, two guests were injured when a launch cable detached from the coaster. The injuries were not life-threatening.

On Aug. 14, Hawes was injured when a steel L-shaped bracket flew from the coaster as it was potentially traveling at its top speed, according to Dave Miran, chief ride inspector for the Ohio Department of Agriculture.

3News exclusively obtained a photo of an L-shaped bracket that was snapped by a park guest who claims it is the part that came off the coaster. While state investigators could not confirm if it is the actual bracket that detached from the ride, based solely on the photo they said it "appears to be similar" to the one that injured Hawes.

Since the latest accident, Cedar Point and its police department have said little about the incident, and a park spokesperson did not respond to multiple 3News inquiries.

It comes as no surprise to James.

"They were trying to hush us up and make us sign things and everything," she said, believing that the paper presented to her by park officials following her incident was a waiver to release the park of any liability. James refused to sign and refused the park's offer for a free T-shirt. She and her friend did file a lawsuit against Cedar Point, however, they abandoned the lawsuit after two years without compensation.

Top Thrill Dragster remains closed for the rest of the year, but James wants the ride closed for good.

"These [incidents] are only the times that we've heard of," she said. "Who knows what else has happened, the way they [Cedar Point officials] clam up?" She added, "That ride needs to come down. Accidents happen, but how many times do accidents have to happen before we do something about it?"