Cedar Point investigation: Metal plate came off back of coaster and struck woman in head; family says she is 'fighting for her life'

Investigators still don't know where the train was on Top Thrill Dragster when the piece came off, or how it happened in the first place. 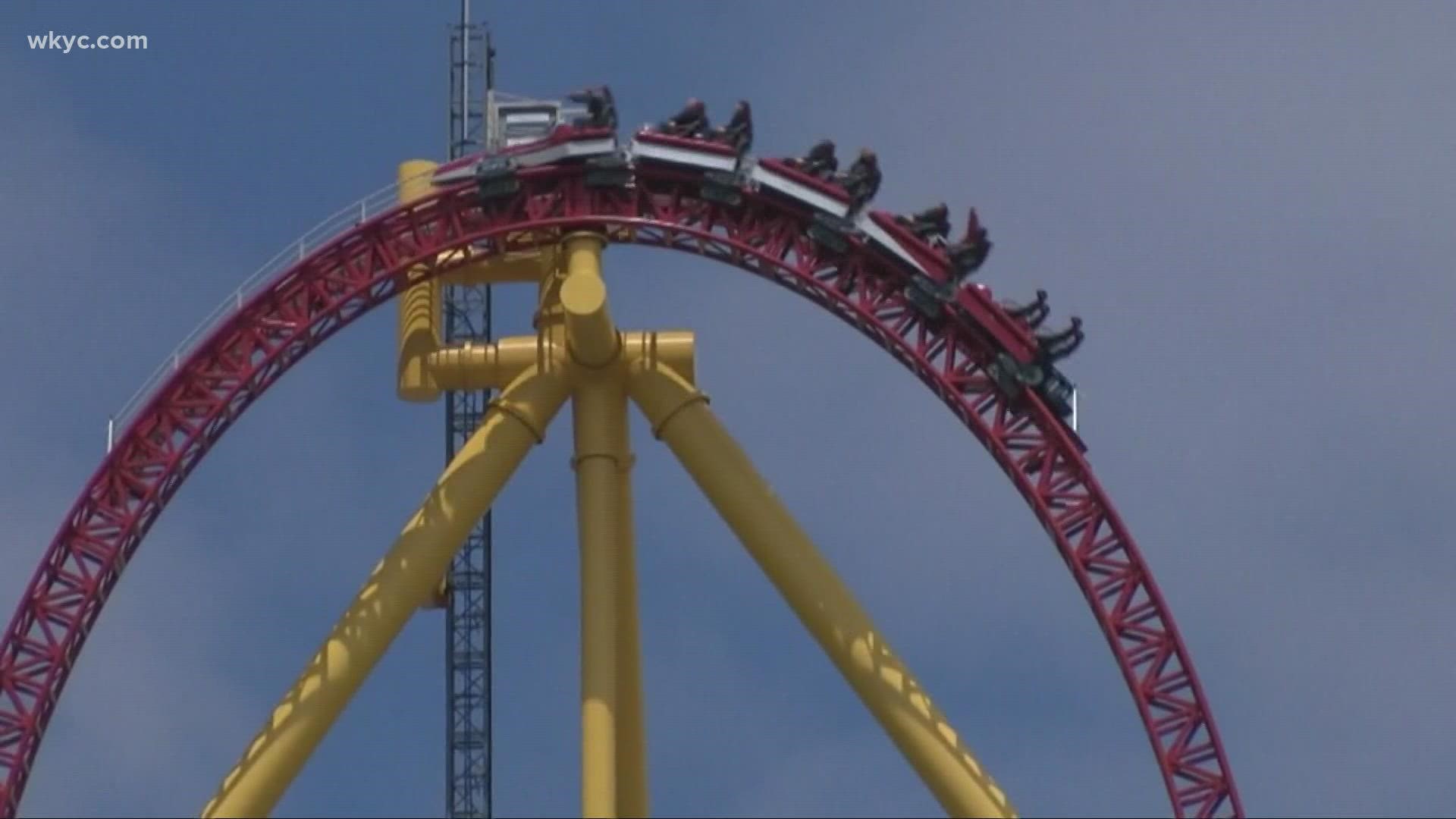 REYNOLDSBURG, Ohio — The Ohio Department of Agriculture shared some new information Monday regarding the ongoing investigation into Cedar Point's Top Thrill Dragster roller coaster, and the family of the woman involved is speaking out for the first time.

We know what the object was that fell off the ride and struck the victim — now identified as 44-year-old Rachel Hawes of Swartz Creek, Michigan — in the back of her head. ODA Chief of Amusement Ride Safety David Miran says the item was an L-shaped piece known as a "flag plate," which is attached to the back of each train and acts as a sensor to help the operating system monitor vehicles on the track. According to Miran, the plate is roughly the size of a male human hand.

Miran told members of the media that the plate broke off of the coaster's green train, and that roughly half of the bolts meant to keep it in place had come off. Portions of the track were also damaged by some sort of impact, but Miran stressed officials do not yet know how the piece broke off or where the train was when it did so. He did say it was possible the train was going at its top speed of 120 miles per hour.

Top Thrill Dragster has been closed since the incident occurred on Aug. 15, and Cedar Point says it will remain shut down for the remainder of the 2021 season. Miran said the coaster passed its last full ODA inspection on May 14, and that park officials look over the rides themselves every day before opening.

RELATED: 3News Investigates pushes for the release of public records in the Cedar Point investigation

Bodycam footage obtained by 3News shows the immediate aftermath of the event, and Hawes can be heard screaming in pain before being taken away on a stretcher. Miran confirmed has spoken with her and her family but would not provide further details.

"We are devastated by last weekend’s accident at Cedar Point," Hawes' family said in a statement. "We want to thank everyone for their thoughts and prayers during this time. Rachel is fighting for her life, and we would ask for privacy in this difficult time."

This is not the first time the popular Top Thrill Dragster has run into problems: Four people received minor injuries in 2004 after shards of the train's metal cable struck them as it sped off, and 12 years later two more were hurt when the launch cable became dethatched.

ODA released its accident report from the most recent incident, which you can view below (NOTE: The woman's name and address have been redacted):