What is going to replace Wicked Twister? Here's what Cedar Point's Tony Clark is saying. 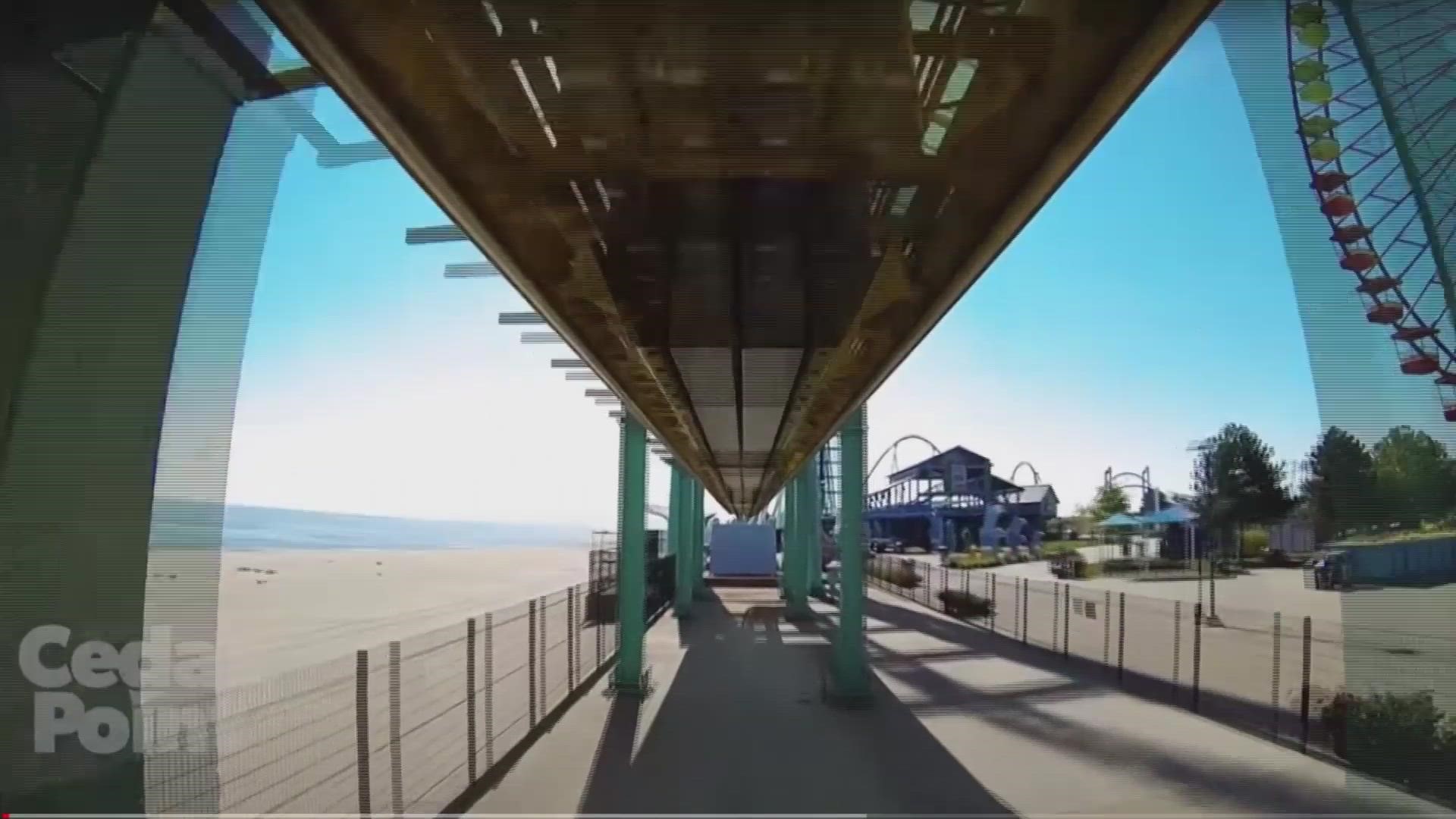 SANDUSKY, Ohio — Editor's note: Video in the player at the top of this story features a front-seat ride from the Wicked Twister roller coaster at Cedar Point.

The Cedar Point skyline will never look the same as the park prepares to dismantle the Wicked Twister roller coaster.

He said that full demolition is expected to begin in a few weeks, while also confirming that the ride will not be rebuilt at another Cedar Fair park after its removal from Cedar Point.

“It’s being disposed of,” Clark wrote in his blog. “Not coming back, anywhere.”

So what’s next for that soon-to-be-available space?

“That area of the park is being prepared for future development. No, I will not tell you what that development is. More to come on all that.”

Although Clark isn’t revealing additional details, he did post something on Twitter back on Oct. 26 that had some fans talking.

“Just out taking a stroll,” he posted with a close-up picture of seat numbers from Wicked Twister.

Just out taking a stroll. pic.twitter.com/JLcMHhm8BP

Is this a possible clue to what’s coming next? Maybe it’s hinting at changes for the 2023 and 2024 seasons with 2-3 and 2-4 the numbers Clark chose to feature? At this point, it’s all just a guess. It could mean absolutely nothing.

Wicked Twister gave its final rides on Labor Day before the ride was permanently closed. The ride’s closure was announced with the following video on YouTube:

When revealing their decision to close Wicked Twister, park officials said the roller coaster had given more than 16 million rides since making its debut along the Lake Erie shoreline in 2002.

Back in May, 3News reported that rumors surrounding Wicked Twister's future were intensifying after Clark posted multiple cryptic tweets about the ride. Like this one:

My day is now done.
But I return tomorrow
for more fun and games. pic.twitter.com/vg5x30Vw3b

Weekends are Wicked…
They all have to end sometime.
Make the best of it! pic.twitter.com/MLhtHLGEwl

And then there was this...

Weekends are Wicked…
They all have to end sometime.
Make the best of it! pic.twitter.com/MLhtHLGEwl

Here's what Clark told 3News back in May when asked about those teasing tweets: "I’ve been tweeting images and videos of our rides coming back to life for the season and I just happened to see Wicked Twister testing on Saturday, so I grabbed some video and posted it with a fun note about the weekend. We love that people are passionate about our park (and, as we see, some of our attractions). It’s all in good fun…something we all need right now!"

Cedar Point closed for the 2021 season with its final night on Halloween.