The Gold Pass has been a subject of controversy for some park fans who blamed the bargain season pass option for causing overcrowding during HalloWeekends. 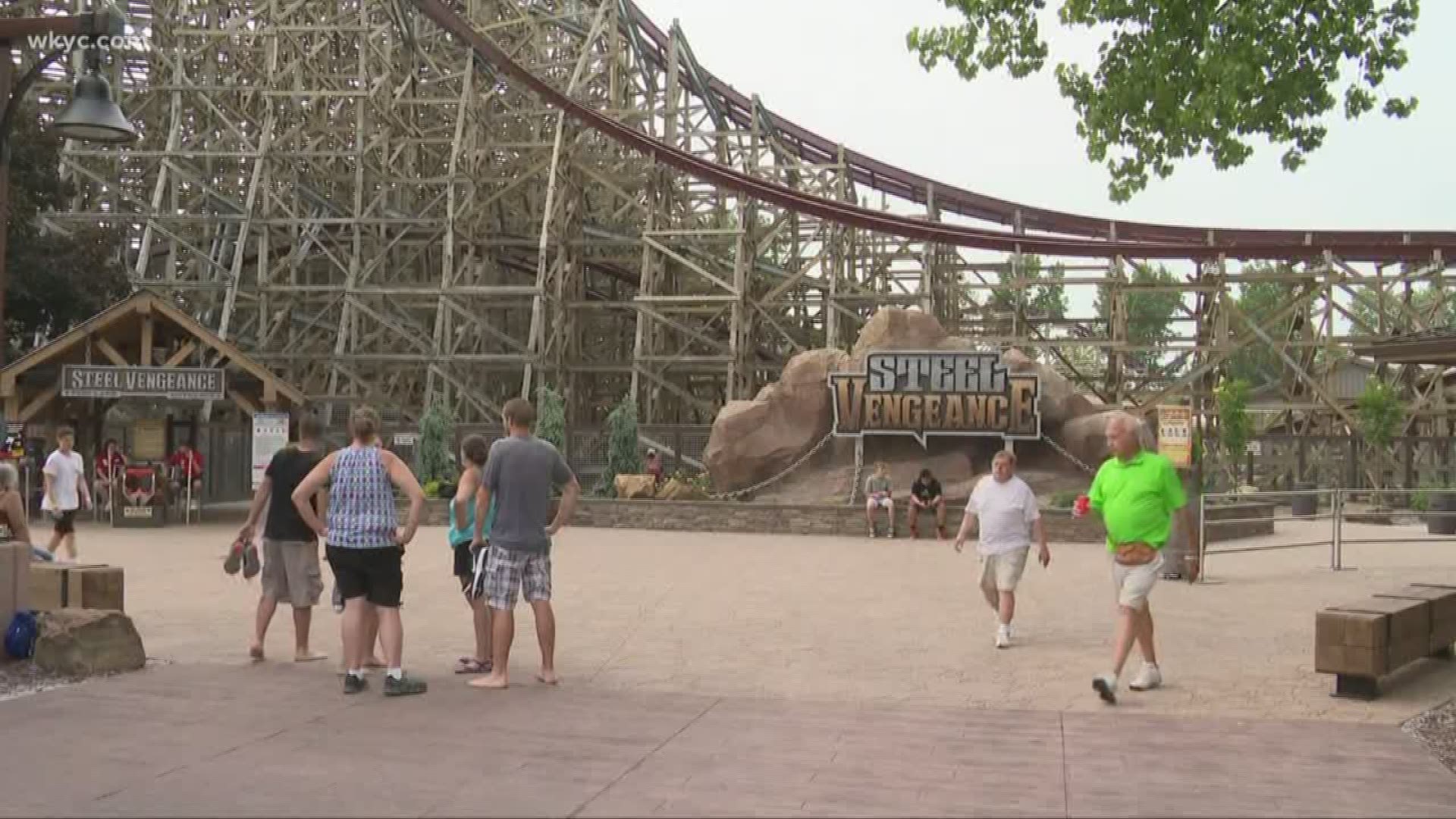 SANDUSKY, Ohio — That’s a wrap! Cedar Point has closed its gates for the 2019 season, which means we have to wait until next May to get our adrenaline pumping again on their record-breaking, pulse-pounding roller coasters.

Although the season may be finished, park officials have an early gift for parkgoers as Cedar Point has extended their $99 bargain pricing for the new Gold Pass until Jan. 5, 2020.

It's unclear what the Gold Pass price will be after that date, according to park spokesperson Tony Clark.

Cedar Point had previously said the $99 deal would be available through Oct. 27, which was the last day of the 2019 operating season.

When it first launched in August, guests who purchased the 2020 Gold Pass ticket option were given unlimited admission to Cedar Point and free parking for the last few months of the 2019 season – including HalloWeekends.

This put the Gold Pass in a swirl of controversy as some park fans blamed the discounted season ticket for causing overcrowded conditions and long wait times for rides. The pinnacle of this criticism arrived Saturday, Oct. 19, when Cedar Point’s access roads were temporarily closed and incoming guests were turned away as the park was “nearing capacity” shortly before 4 p.m.

Cedar Point officials have said the Gold Pass is not the sole reason for increased park traffic.

“Ever since the HalloWeekends event debuted in 1997, Cedar Point has experienced high demand, particularly during periods of perfect weather,” Clark told 3News in a statement. “While the Gold Pass is very popular, it is not the main contributor to the elevated demand – the popularity of the event and great weather were the primary factors in high traffic volume resulting in a temporary closure of road access to the park this past Saturday.”

- Discounts on food and merchandise

The new season ticket option comes as Cedar Point plans to celebrate their 150th anniversary in 2020. Although park officials haven't confirmed many details yet, Cedar Point will introduce a re-imagined river expedition ride in the spirit of the former Paddlewheel Excursions attraction.

Some of the other additions for 2020 include:

- A fully immersive nighttime celebration along the Main Midway

Park officials are staying tight-lipped for now regarding deeper details on their plans for next season.

Shortly after our e-mail, Clark tweeted a bigger tease Tuesday.

"As I'm typing and prepping for our next major announcement, it's kind of crazy how much more new stuff we're adding and creating to your experience in 2020. This is going to be something special. #CedarPoint #CP150."