Cedar Point closes early on Friday due to weather conditions

Snake River Expedition was originally expected to debut in May 2020, but was delayed one year because of the COVID pandemic. 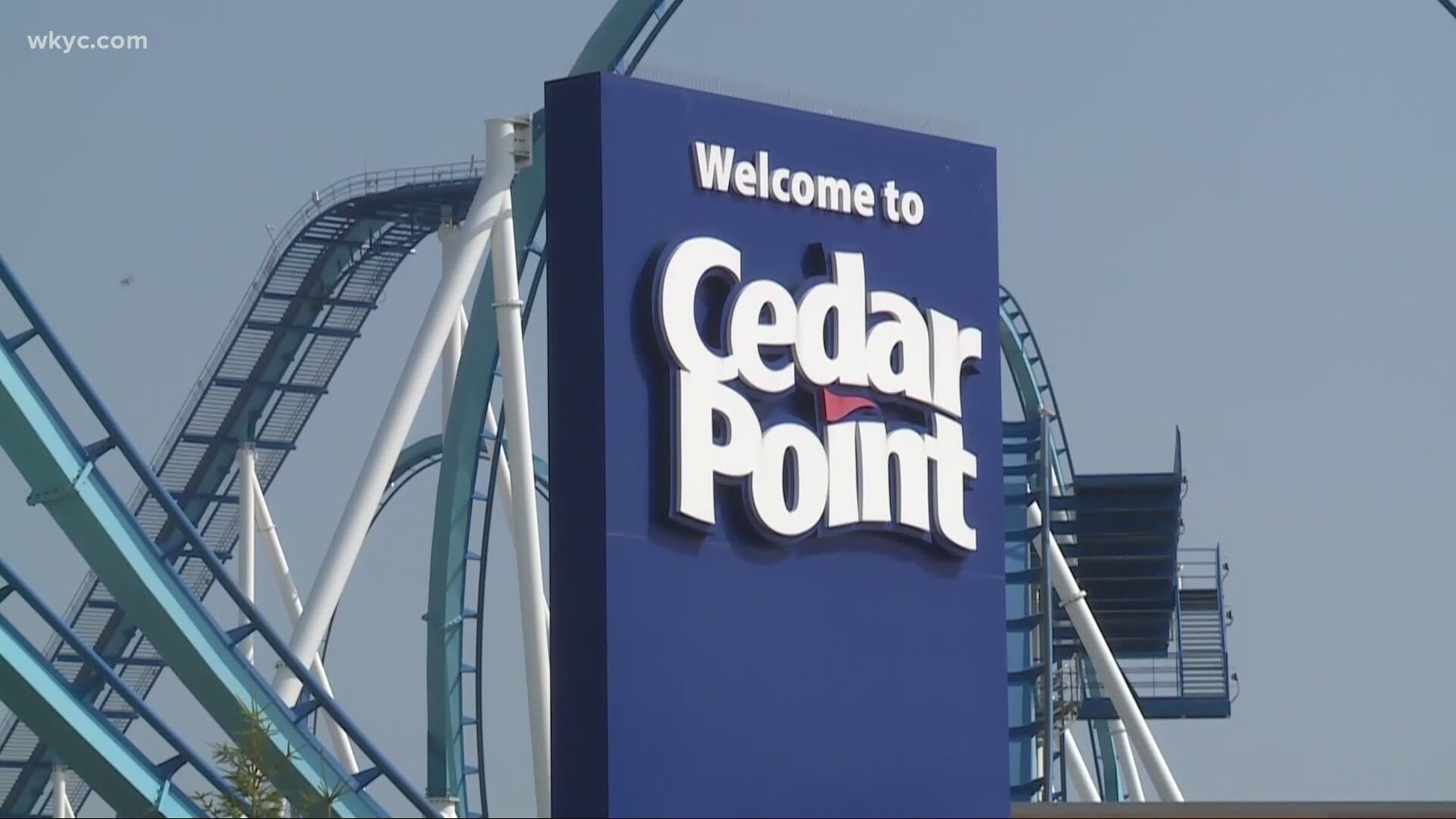 SANDUSKY, Ohio — Editor's note: Video in the player above was originally posted in an unrelated Cedar Point story.

Due to Friday's weather conditions, Cedar Point announced that they have closed their doors for the day, effective at 2:00 p.m.

The announcement came following an earlier tweet noting that operations of certain rides and roller coasters had been impacted by the rain and high winds.

After a year-long delay as a result of the COVID-19 pandemic, Cedar Point was set to open its new Snake River Expedition boat ride this weekend -- but parkgoers will have to wait a bit longer than anticipated.

Although the attraction was supposed to welcome its first guests Friday, park officials tweeted an update shortly after noon to announce it would not open as planned May 28 "due to current weather conditions."

Due to current weather conditions, Snake River Expedition, and other rides and roller coasters will not open today. Frontier Festival will have limited operation as well.

That was then followed by the announcement that the park would be closing at 2:00 p.m.

Due to weather conditions, Cedar Point will close at 2:00 p.m. today, May 28. pic.twitter.com/xYSl6uJjZf

“We can’t wait to share this immersive experience with everyone,” Cedar Point officials teased on Facebook the day before Snake River Expedition's scheduled debut. “It’s truly a ride like no other!”

In addition to featuring animatronics, Cedar Point says Snake River Expedition “is a riverboat ride with actors aboard that takes guests on a gentle ride around the winding Snake River that surrounds Adventure Island.”

RELATED: Is Cedar Point removing its Wicked Twister roller coaster? Here’s what park officials are saying about the rumors

Guests less than 46” tall must be accompanied by a supervising companion and sit on the inside of the ride’s bench. Service animals are also permitted to ride the attraction.

RELATED: Is HalloWeekends coming back to Cedar Point in 2021? Park officials give update

What’s the story behind Snake River Expedition? Here’s how Cedar Point explains it…

The most successful trapper this side and that side of the Snake River needs your help! Trapper Dan’s ready to trade some of his goods and sundries – and you’ll join his band of bandits to carry out the somewhat risky mission. Climb aboard one of Trapper Dan’s Snake River shippers and haul that precious cargo along the winding, murky river. But make sure you keep your eyes peeled, binoculars focused and your guard way up – you’re sure to encounter a few bad guys that have their snake eyes on what you’re smugglin’ in that ship! Will you make it safely? Or will you fall victim to a hastily-planned takeover? There’s only one way to find out. Get your shipmates together, climb aboard and get ready for a new family adventure!