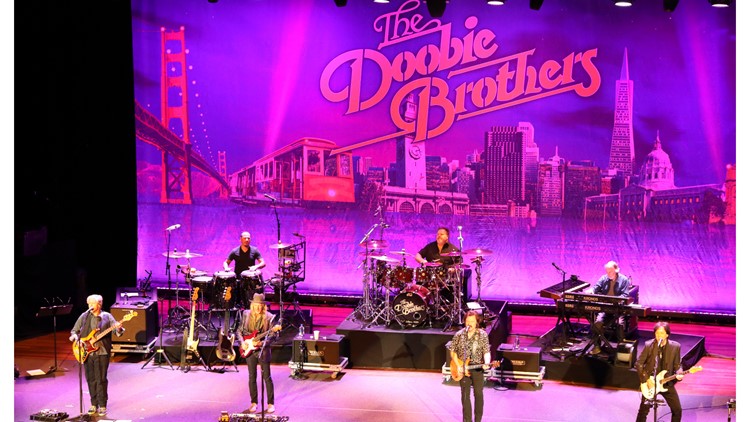 The Doobie Brothers announced Tuesday the band is joining forces for a 30-city tour in celebration of their 50th anniversary next year.

Their concert will take over Blossom Music Center in Cuyahoga Falls on Wednesday, July 22. Ticket prices have not been released.

"Tom Johnston, Michael McDonald, Pat Simmons and John McFee will be back on tour together for the first time in nearly 25 years," LiveNation said in a press release.

If you can't make it to their performance at Blossom Music Center, the band will be holding another Ohio concert in Cincinnati on Tuesday, Aug. 4.

"We'll be performing songs from our full catalog, as well as new music," Johnston said.

LiveNation said the tour will include hits like Listen To The Music, Takin' It To The Streets, Black Water and What A Fool Believes.

Throughout their history, The Doobie Brothers have sold nearly 50 million albums worldwide with five top-10 singles.

This tour comes on the heels of their first-ever nomination to be inducted in the Rock and Roll Hall of Fame. The 2020 class will officially be announced at some point in January with the induction ceremony taking place in Cleveland on Saturday, May 2.

RELATED: Mötley Crüe expected to reunite for tour with Poison and Def Leppard