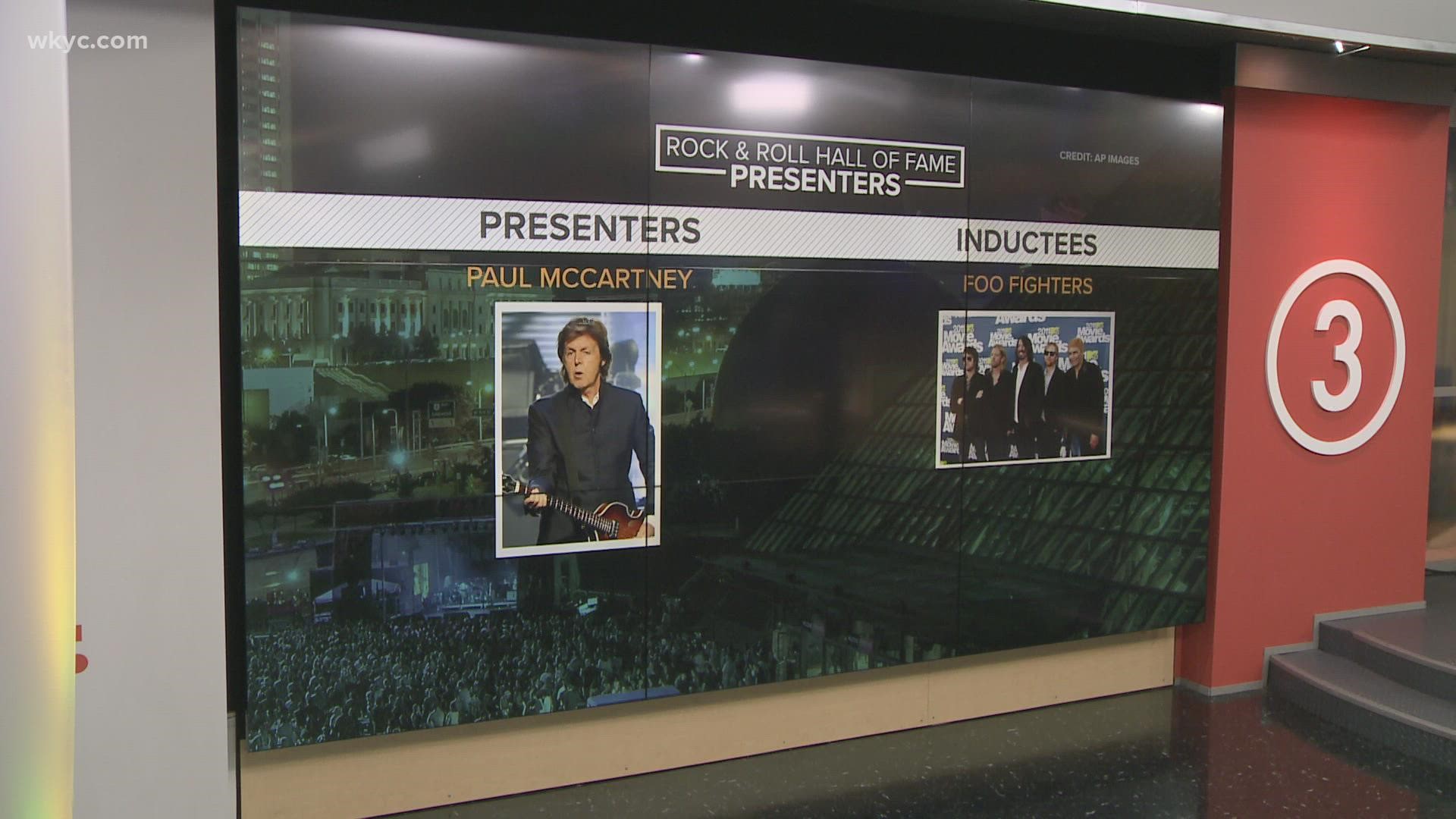 CLEVELAND — As the Rock and Roll Hall of Fame prepares to induct the class of 2021 in Cleveland later this month, they just revealed an initial list of presenters and performers who will be taking the stage at Rocket Mortgage FieldHouse -- and the lineup of special guests includes one of the Beatles.

"This is not a full list," the Rock Hall said in an e-mail. "Believe it or not, there will be more."

The induction ceremony takes place Saturday, Oct. 30. Tickets are still available. If you can’t attend the event, the induction ceremony will air on HBO and stream on HBO Max on Nov. 20. There’s also a radio simulcast that date on SiriusXM Rock and Roll Hall of Fame Radio (310) and Volume (106).

Who is being inducted? You can explore the full list below and read in-depth bios of all 13 inductees HERE.

RELATED: Rock & Roll Hall of Fame requiring proof of vaccination or negative COVID-19 test for all attendees of 2021 induction ceremony