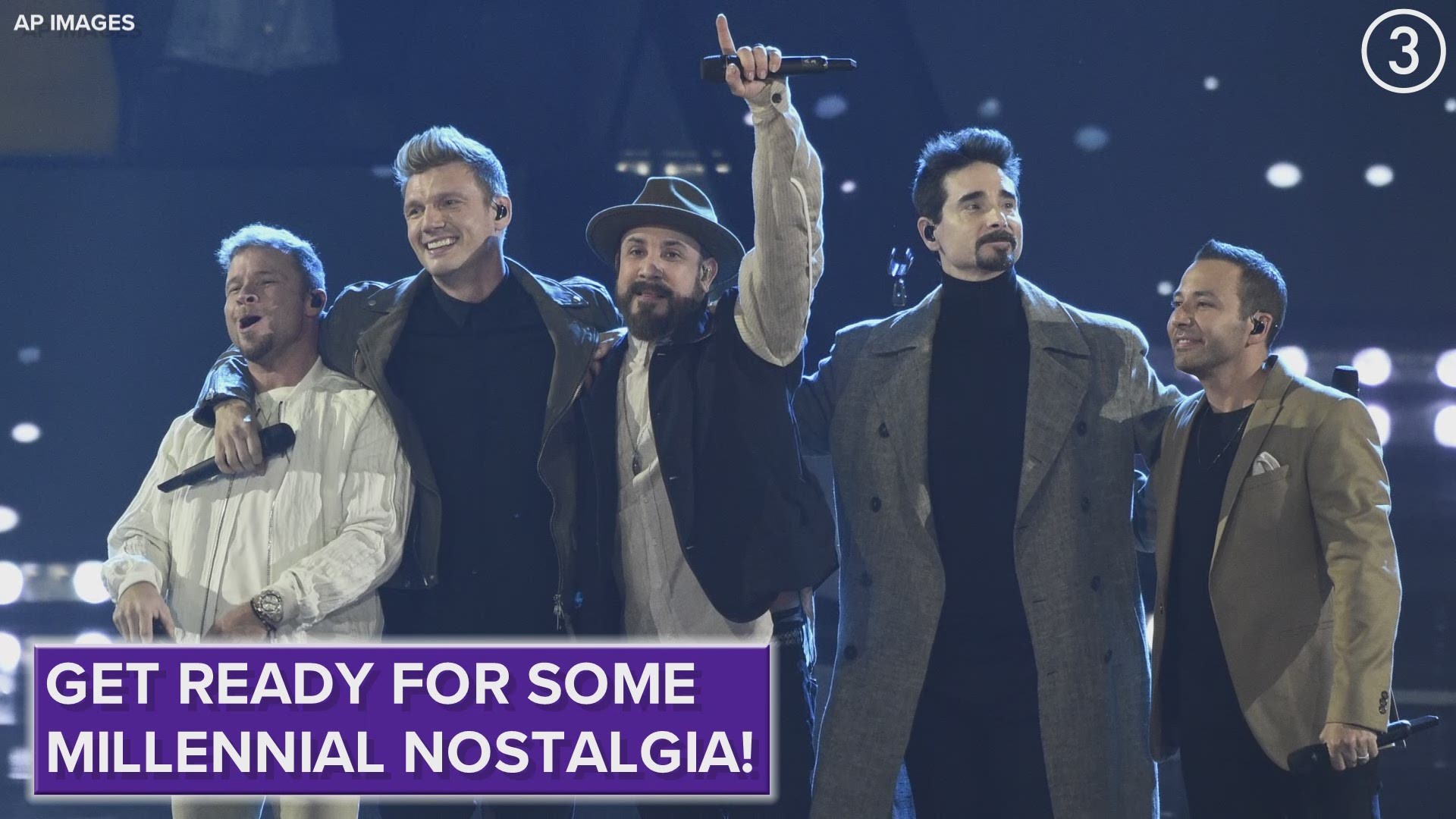 CUYAHOGA FALLS, Ohio — Get ready for some millennial nostalgia.

The Backstreet Boys on Monday announced new dates for their "DNA World Tour", including a stop at Blossom Music Center in Cuyahoga Falls July 28.

The Backstreet Boys formed in the early 90s and rose to fame with their debut international album, "Backstreet Boys" in 1996. Their 1999 "Millennium" album featured some of their biggest hits, including "Larger Than Life" and "I Want it that Way."

The group released its "DNA" album in January 2019.

RELATED: The long list of concerts coming to Northeast Ohio this summer