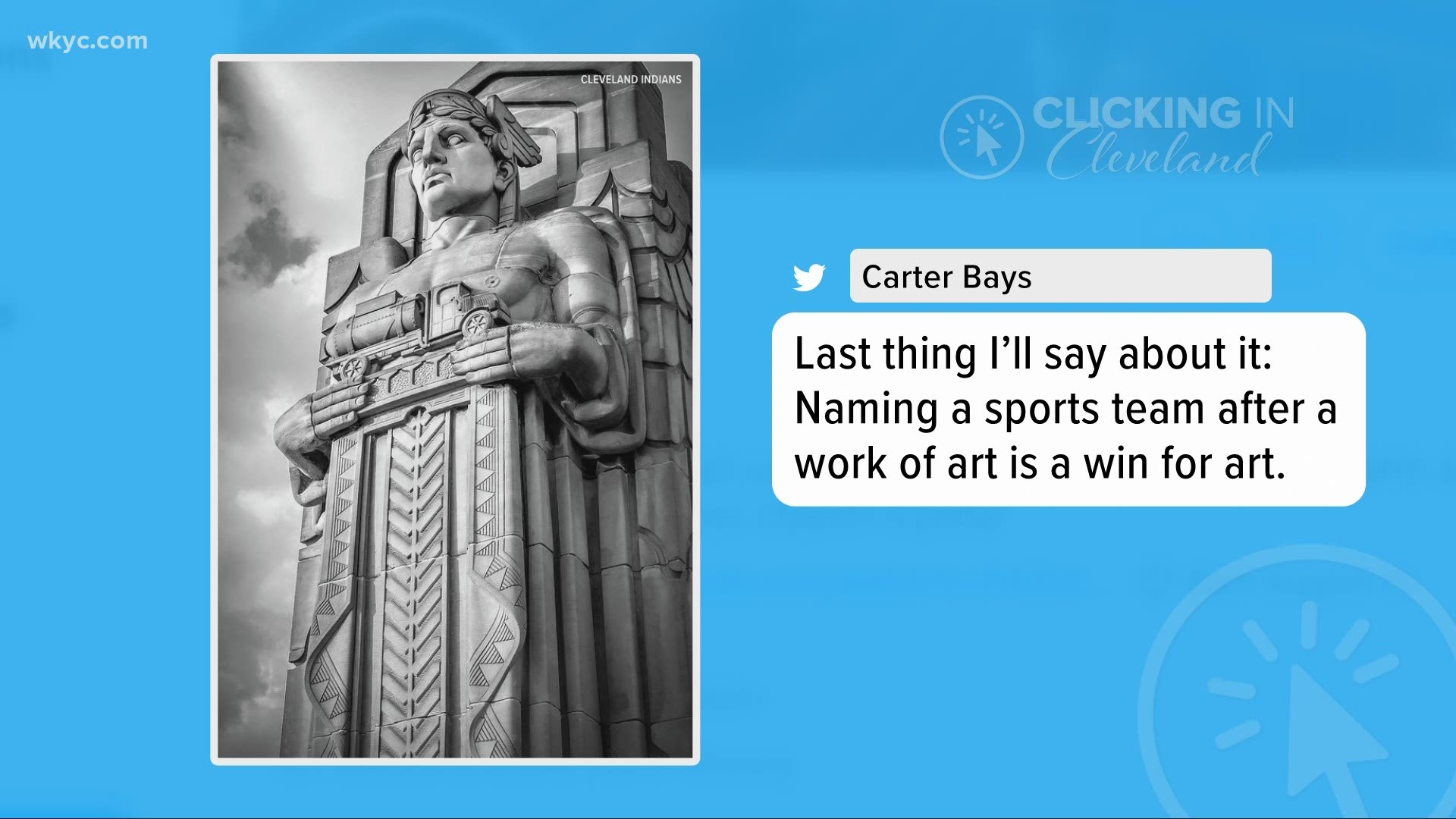 Gunn first shared his thoughts on the Indians' name change Friday afternoon when the news first broke, quoting a tweet announcement and writing "If their logo isn't a raccoon with a machine gun I'm gonna be bummed."

If their logo isn’t a raccoon with a machine gun I’m gonna be bummed. https://t.co/xNCSaQBiNq

That tweet was immediately followed by Gunn sharing a fan mockup of Marvel's Rocket the Raccoon as a Major League Baseball logo, including Cleveland's color palette of navy blue and red.

"Okay well I would definitely support this team," Gunn said in a follow-up tweet.

Okay well I would definitely support this team. https://t.co/K9jmBYQM3Z

And despite Cleveland's team announcing that they will keep Slider on as mascot in future baseball seasons, Gunn doubled down on his support Sunday, sharing that he would be "all for" Groot, the lovable tree from "Guardians of the Galaxy," taking over the position.

The series of events kicked off after Tribe prospect Josh Wolf tweeted his hope that the team would implement the Marvel character as their new mascot.

"If Groot isn't our mascot I will be disappointed," Wolf tweeted Sunday.

That's when Gunn, ever the promoter, responded with his support.

Wolf of course responded, "I think this confirms me a role in the next guardians of the galaxy movie."

I think this confirms me a role in the next guardians of the galaxy movie… https://t.co/YXjAqUvEYg