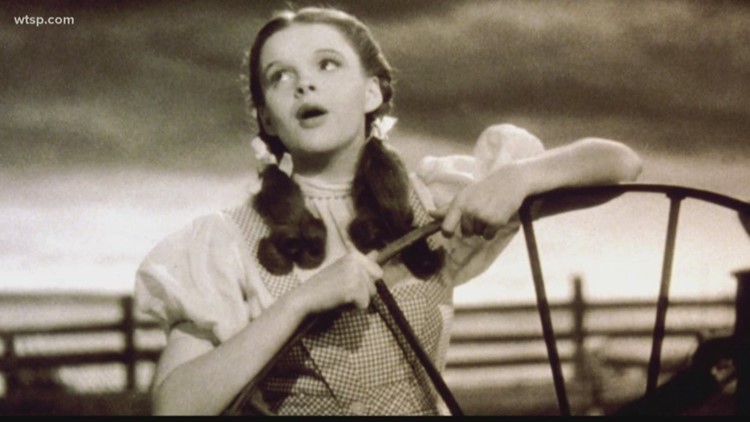 ST. LOUIS — While Dorothy Gale would have us believe there’s no place like home, travel just a little past the homepage of Google and fans of the iconic on-screen musical will find one head-spinning surprise.

Type the Wizard of Oz into search bar of Google, and you will get what appears to be a typical result—a collection of articles and information relating to the movie’s cast, crew and production.

But click on the pair of ruby red slippers in the top right corner of the screen, and watch as your Google search is twisted into a vintage black-and-white version of the same screen.

So is this a good switch? Or a bad switch? If you aren’t a fan of the search engine’s newly found sepia tones, not to worry. Simply press the tornado that now appears at the top of the page, and return your screen from black-and-white back to full technicolor.

Google created this interactive feature to celebrate a major milestone for the classic film. August 25 marks the 80th anniversary of the release of 'The Wizard of Oz'.

In 1939, audiences were introduced to Dorothy and her dog Toto’s journey from rural Kansas to the magical land of Oz. Over the past eight decades, Dorothy’s adventure to meet the infamous Wizard has become one of the most recognizable and iconic works of American cinema. In total, the film gained countless accolades, including six Academy Award nominations and two wins—both for Best Score and Best Original Song for ‘Over the Rainbow’.