The City of Austin and Travis County are also issuing disaster declarations. 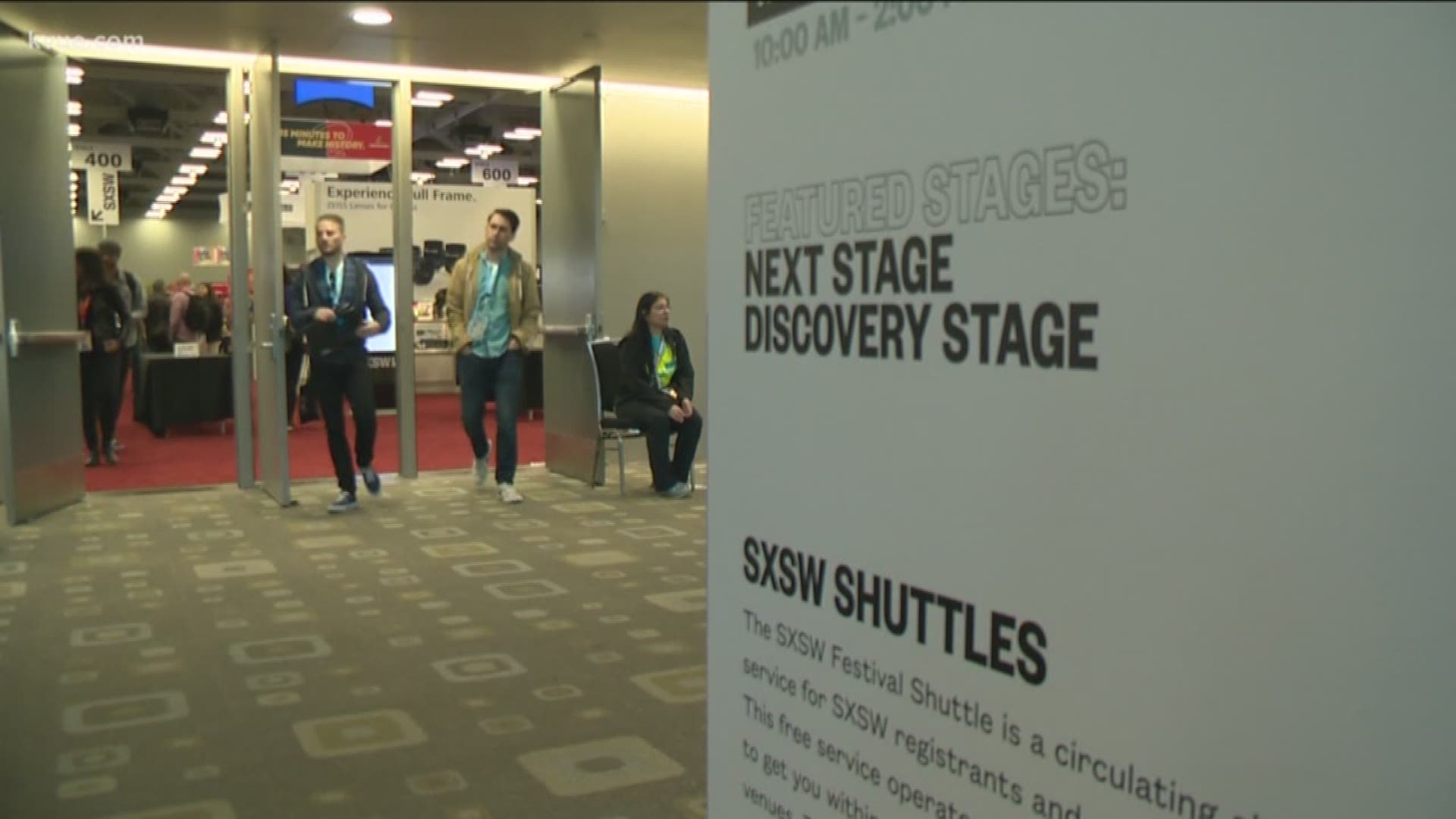 AUSTIN, Texas — For the first time in its 34-year history, South by Southwest has been canceled as the City of Austin declares a local disaster due to concerns about coronavirus spreading.

Judge Eckhardt also signed a companion declaration of disaster to apply county-wide in Travis County to festival gatherings that have guests from areas with documented cases of COVID-19 in close proximity with each other. That declaration lasts for seven days, with an option for renewal as long as officials see circumstances that require heightened preparation.

Dr. Escott said the decision to cancel SXSW was made after weighing options to mitigate the risk of the disease. He said factors such as the close proximity of participants and attendance of international guests led officials to cancel the event entirely.

He said he would be issuing public health orders in the coming days to protect the most vulnerable members of the community from COVID-19.

All other upcoming events outside of SXSW will also be evaluated by Austin Public Health officials for a disease mitigation plan. Factors such as crowd density, layout of the venue, whether it is indoor or outdoor and the amount of participants from overseas will be assessed.

Adler said it was "unfortunate" to have to cancel the event, but SXSW and the City wanted to do whatever was in the best interest of the health of the public and community.

"We are devastated to share this news with you," SXSW said in a statement. "'The show must go on' is in our DNA, and this is the first time in 34 years that the March event will not take place. We are now working though the ramifications of the unprecedented situation."

SXSW said the situation evolved rapidly and it will honor and respect the City of Austin's decision: "We are committed to do our part to help protect our staff, attendees and fellow Austinites."

The festival and conference said it was already planning to reschedule the event and perhaps provide some sort of online "virtual" experience.

This announcement follows several major organizations and companies deciding to not attend the festival, along with a Change.org petition signed by tens of thousands of people calling for the festival to be canceled.

List: Companies pulling out of SXSW 2020 amid coronavirus concerns

Those who had pulled out of the convention before Friday's announcement include the following companies and organizations:

Individual artists and participants had also pulled out of the event.

The creators of the petition said they were “concerned about the hundreds of thousands of people who will be traveling to Austin, Texas, in March for the SXSW festival.”

On March 3, Austin-based company Indeed asked its employees to work from home as concerns surrounding the coronavirus continue to grow.

More than 100,000 people worldwide have been diagnosed with coronavirus, with at least 300 cases in the U.S. and 15 deaths, according to the CDC. At least one person was tested for the coronavirus in Travis County, but Austin health officials said that result was negative. But Dr. Escott said the risk to the public is growing.

The cancellation is a major decision from the City, which had previously said there was no evidence closing SXSW would make the community safer. Last year's event brought an estimated $355 million to Austin, the single most profitable event for the City of Austin's hospitality industry.

Judge Eckhardt said the decision was based on "expert medical opinion" and not "panic-based."

Health professionals advise the public to take the following steps to help prevent the spread of the virus:

Suspect in case of missing Georgetown man was having affair with his wife, police say