Ex-wife of former Baskin handyman suggests then-husband may have been involved in Lewis' disappearance. 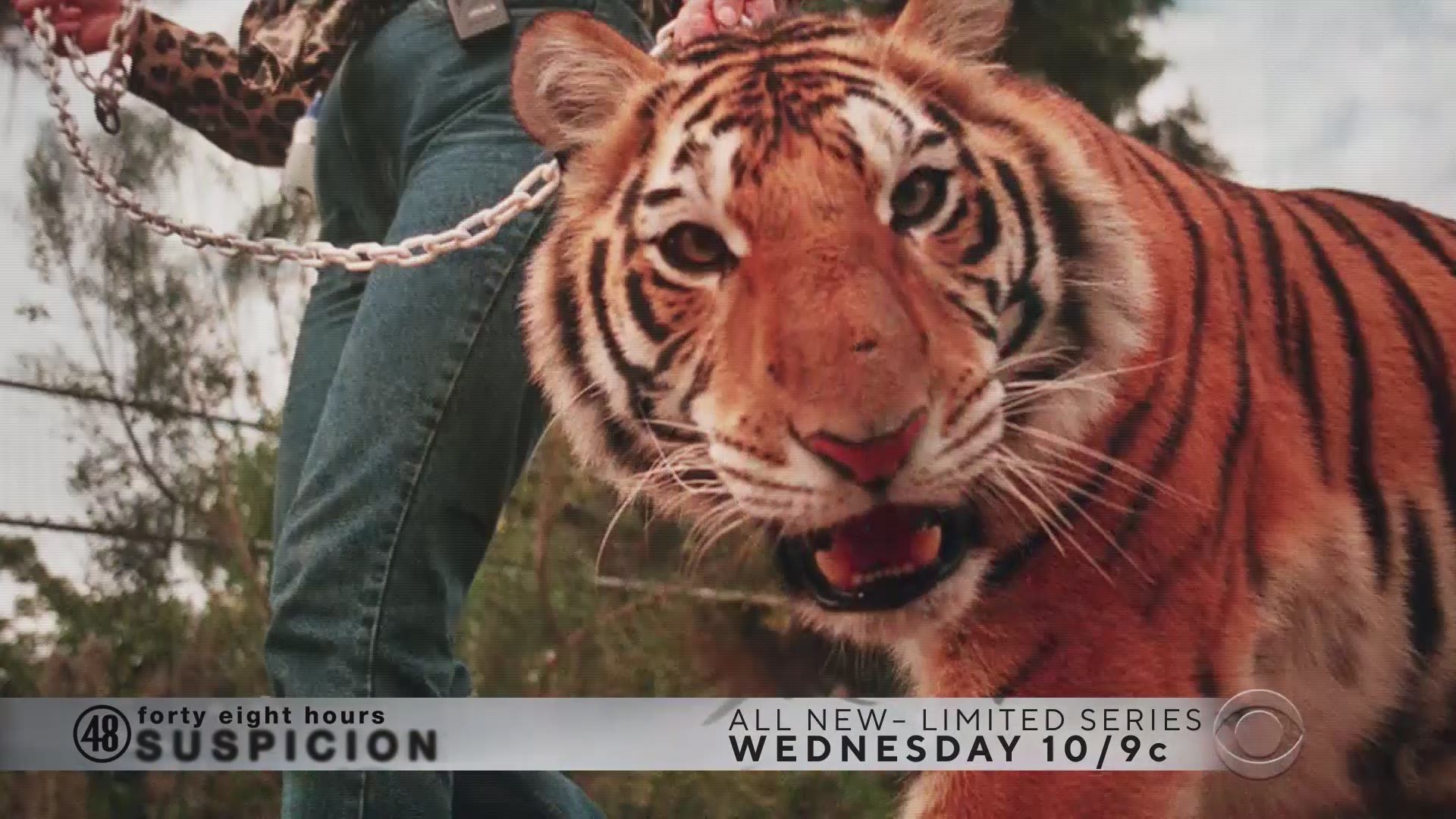 The nation was captivated earlier this year with the Netflix hit series "Tiger King," about an Oklahoma-based eccentric big-cat owner named Joe Exotic and his epic battle with Tampa-based animal rights activist Carole Baskin. Throughout the series and on his own YouTube channel, Joe Exotic, the self-proclaimed Tiger King, claimed Baskin had murdered her former husband, Don Lewis, in 1997.

He also made the sensational allegation that Baskin fed Lewis to their tigers. Lewis' body has never been found. Baskin has strongly denied the allegations and Hillsborough County, Florida, Sheriff Chad Chronister has said that Baskin is neither a suspect nor a person of interest in the case.

Now, in her first television interview, Trish Farr-Payne claims her ex-husband Kenny Farr may have been connected to Lewis' disappearance. Kenny Farr was a handyman who worked for Lewis and Baskin.

Farr-Payne tells Richard Schlesinger that two days before Lewis was reported missing, Farr told her: "Don's gone, and I don't want you talking about him."

"How long after Don disappeared did the freezer disappear?" Schlesinger asks.

"About a week after Don disappeared," Farr-Payne says.

She tells "48 Hours Suspicion" she waited years to tell police about her suspicions involving the freezer and other key information revealed in the Wednesday, September 9 broadcast.

"48 Hours Suspicion" was unable to reach Kenny Farr for comment.

Last month, Lewis' family and family's attorney announced a $100,000 reward for information regarding his disappearance. The family's lawyer, John Phillips urged people with information to come forward. He also said the family is dissatisfied with the lack of answers and closure surrounding Lewis' disappearance.