Many operators have cited expanded unemployment benefits as the reason for the shortage in the labor force, but employees and experts say it's more complicated. 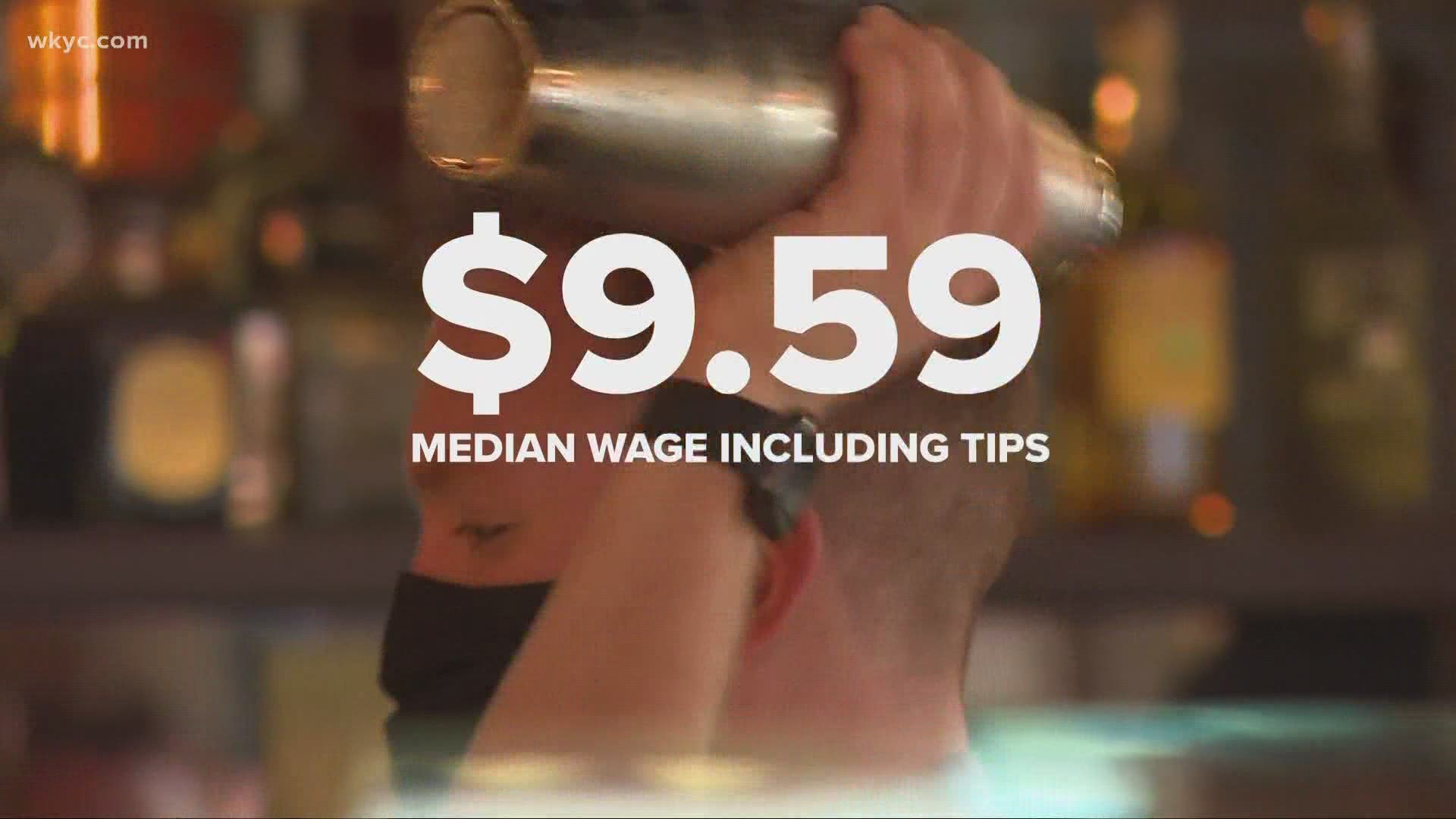 CLEVELAND — Just take a drive around your neighborhood, and you'll likely spot a number of "Now hiring" signs at businesses.

Restaurants seem to be feeling it the most, seeking workers in all positions.

"It's a job where you can make a good living and have flexible hours," Patrick Scullen, who has worked in the restaurant industry for 20 years as a bartender and manager, said.

However, in the last year, he decided the restaurant industry wasn't a good fit anymore, citing industry flaws.

Many restaurant operators have cited expanded unemployment benefits as the reason for the shortage in the labor force. Unemployed worker are currently eligible to receive an extra $300 each week until Sept. 6.

While workers say there's more to it than wages, they do believe an increase is necessary. Public policy experts agree wages should be increased.

"A strong recovery means an economy where everyone can thrive," Michael Shields, a researcher at the non-profit Policy Matters Ohio, said. "If employers want people to come and work for them, then they need to offer good enough benefits and wages to attract them, and that has to include a safe workplace."

Shields says there are additional problems aside from basic minimum wage for workers. He says restaurant workers are also receiving less tips, which also reduces take home pay. On top of that, they report some patrons have been more hostile and they feel less safe as they've enforced COVID safety protocols.

Many business owners say they can't afford to pay more money to workers, as profits are already thin. But Shields says those owners are also under pressure to increase wages – something he says is positive and represents how a labor market should function.

"Labor costs are basic operating cost to run a business, and a business model that relies on a workforce that's not paid enough to cover the basic costs of living is not a good business model," he said.

According to Shields' research, restaurant waiters and waitresses were paid a median wage of $9.59 per hour in 2019, including tips. That's 93% of the poverty level for a family of three. His research also shows the impact increased minimum wages could have on the lives of restaurant industry workers.

While many believe the expanded unemployment benefit may be the cause of staffing issues, Shields says it's still not a reason to end them.

"A strong recovery means an economy where everyone can thrive," Shields says of the nation's return to normal. "The public policy response cannot be to make people so poor and so desperate that they'll accept any job."

Scullen is an example of a worker who didn't accept a position when restaurants opened back up after shutting down dine-in services under health orders. He says the pandemic allowed him to change directions and learn something new – getting a license to work in insurance. He believes many restaurant workers may have shifted gears as well.

"It's not that people are lazy and trying to collect unemployment," he said. "Most people have just found different things to do.

"I don't know anyone who is staying home and claiming an unemployment check, so I really think it's just a myth, a falsehood that’s out there. And people cling to it because it’s easy and understandable, but it's just not really true."

Some believe we won't really know the answer until the extra benefits run out in late summer.

RELATED: Restaurant Revitalization Fund much needed for many local businesses to recover and stay afloat 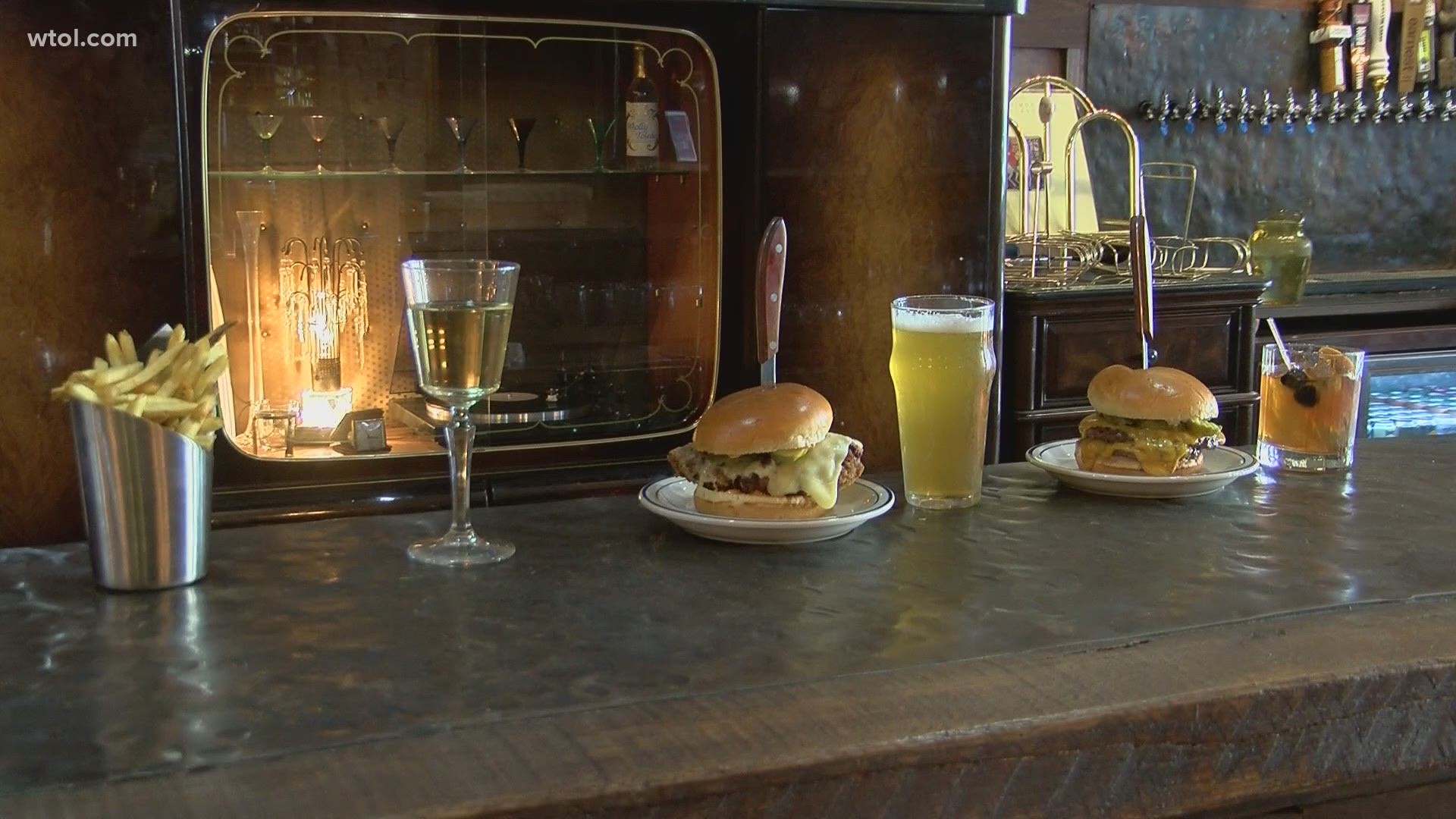