Tiffany Tarpley is co-anchor of WTOL 11 Your Morning. 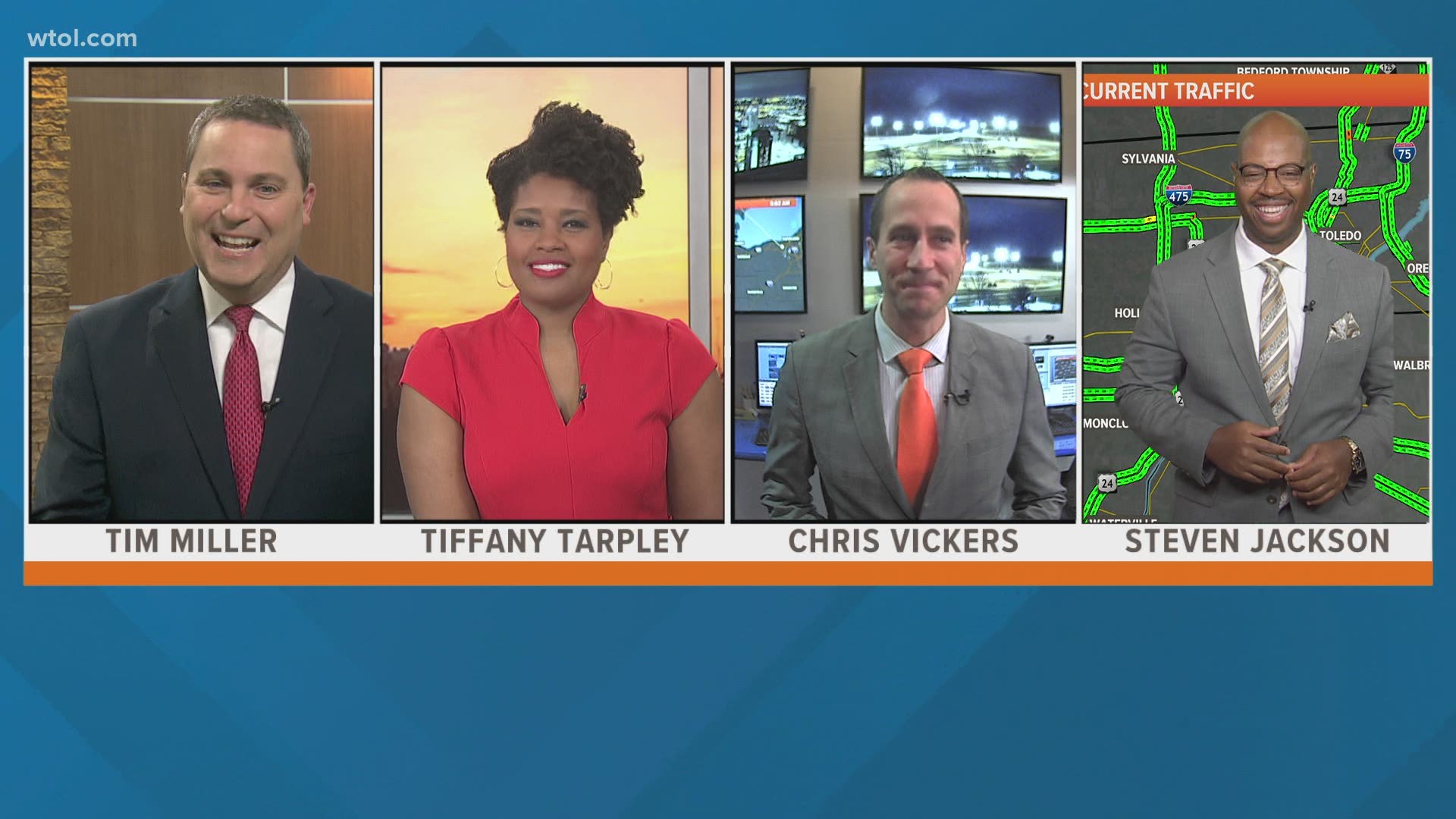 TOLEDO, Ohio — Tiffany Tarpley is the co-anchor of WTOL 11 Your Morning broadcasts.

Tiffany is an award-winning journalist with experience both behind the scenes and in front of the camera. She also is a multi-skilled journalist, which means Tiffany can shoot, write and edit her own stories.

She’s worked at other news outlets in Ohio, most recently 3News in Cleveland and also in Lima, as well as spending time in Milwaukee, Wisconsin.

As weekend anchor and producer for WUPW-TV (FOX affiliate) in Toledo, Tiffany and the rest of the weekend team earned two regional Emmy awards and a regional Emmy nomination for Best Weekend Newscast. Tiffany's co-workers voted her FOX Toledo's employee of the year, which landed her a spot in Lin Television's Circle of Excellence. Tiffany received an all-expense-paid cruise to Nassau, Bahamas, where she accepted her award.

Born and raised in Lorain, Tiffany is a graduate of Lorain Admiral King High School. She attended Lorain County Community College for two years and graduated from Bowling Green State University with a bachelor's degree in broadcast journalism and the honor of Broadcast Journalism Student of the Year.

Tiffany’s received the “On the Move Award” from the Lorain Club of Negro Business & Professional Women, and she was inducted into the inaugural class of the Lorain Schools’ Alumni Association’s Distinguished Alumni.

Tiffany is involved in the Northeast Ohio community, emceeing and guest speaking for various organizations. She’s also a volunteer with the Boys & Girls Clubs of Lorain County's after school program at Larkmoor Elementary.

RELATED: As COVID-19 cases rise in Ohio, so does health care worker stress