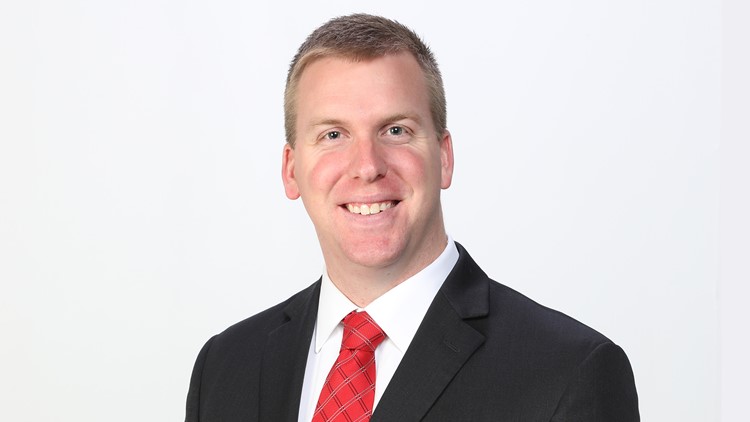 TOLEDO, Ohio — Hi! I joined WTOL in March 2011, coming from a television station in Quincy, Illinois. Working in Toledo is not far from home for me. I grew up just down the road in Bowling Green.

It would be hard to know it now but I was completely scared of storms when I was a kid.

Thunderstorms would have me diving for cover. That fear eventually turned into a fascination, and by the time I hit grade school, I knew I wanted to be a 'weatherman' when I grew up!

The dream of becoming a meteorologist took me to Western Illinois University after high school. Calculus, physics and dynamic meteorology classes soon took over my life. But what I enjoyed the most was making and delivering a forecast. Working at the campus television station eventually landed me my first job in Quincy.

It was the time spent in Illinois that I discovered my favorite hobby, storm chasing. In the last few years, I have traveled as far as Nebraska, Oklahoma, Kansas and Texas chasing the worst weather I could find.

The biggest chase I have been on was near Wakita, OK (Yes, that is the same town listed in the movie 'Twister' if you look it up.) in May 2010, safely getting within a half mile of an EF-3 tornado. But I don't simply chase to find tornadoes. The sheer strength and beauty of storms alone would keep me traveling to 'Tornado Alley' year after year.

With that experience, I am a meteorologist you can depend on when severe weather threatens the area.

Besides storm chasing, I enjoy spending time outside, playing sports, biking, camping, anything to get some fresh air in the lungs!