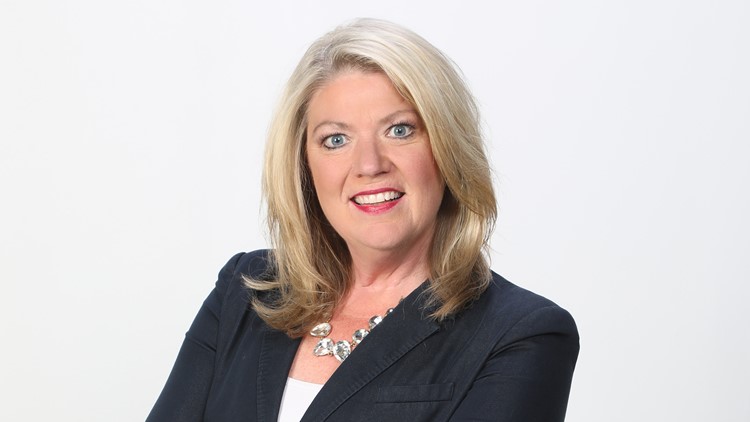 Kelly Heidbreder is an award winning Meteorologist. You can watch her on WTOL Saturday and Sunday mornings. She is also the creator and host of the Super Fitness Weight Loss Challenge.

Her media experience is broad, spanning from television to print. Kelly is from the small town of Riga, just north of the Michigan-Ohio border and her excitement for journalism, weather and gardening sprouted right in southeast Michigan.

During her long career in broadcast media, she has also worked in tandem as a newspaper columnist. Kelly is one of a few reporters in the midwest that crossed over into both mediums and is still a cross platform journalist.

In 1997, she produced a half-hour home and garden show, Get Growing. This was a blend of specific gardening techniques, plant spotlights and houseplant tips. This show was the beginning of her career as a midwest garden expert.

Her garden column, Get Growing, has been published in the Toledo Blade for decades. Kelly's column began two years earlier, first appearing in Decatur Herald-Review. She quickly syndicated her witty work to six other papers in the midwest including the Monroe Evening News. It was in1999 that her column became an exclusive item in the Peach Section of the Toledo Blade.

In 2006, Kelly created a weight loss program mirrored after NBC's hit Biggest Loser. It started with three ladies that she helped coach through a six month weight loss program. Since then, she has helped thousands of people lose weight and create a healthier lifestyle. Each season, the challengers in her care collectively lose over two tons.

During her career, Kelly has covered three presidential campaigns, talked about lobster with Stephen King, chased many midwest storms, spent continuous hours on air covering severe weather events, interviewed leaders across the country in the green Industry, made famous Hungarian dogs with Tony Packo, traded jokes and tea with Actor Rob Schneider, cooked with hundreds of chefs, ran the bases at Comerica Park, danced with Toledo Mud Hens Mascots Muddy and Madonna, and has eaten lots of fried food and barbeque at thousands of fairs and festivals.

She is also the Station Manager for LISDTV, the Lenawee Intermediate School District's educational television station in Lenawee County. In this roll, she helps coach elementary, middle and high school students for the different positions within the digital, broadcast and print careers.

She produced and hosted a cooking competition show with staff and students at the LISD, a science show and other feature stories, earning multiple Emmy Awards and Michigan Association of Broadcaster Awards. Kelly has also won several Michigan Press Association Awards for photo journalism and spot news.

Kelly is active in her community and church. She volunteers as a motivational speaker and class visitor. She has two children and lives in southeast Michigan.

FUN FACTS- Kelly has her real estate license. She is even in the Guiness Book of World Records as one of the 589 people in Whitehouse, OH simultaneously making and eating S'mores!